Syracuse, NY / July 1, 2019 / -- Renegade street artist Banksy is back in the spotlight, popping up in Wales with a new mural in Port Talbot that appears to be a commentary on the town’s air pollution problem. The mural, taking up two garage walls forming a right angle, shows a child playing in the snow, sticking his tongue out to catch snowflakes on one side of the wall. Peering around the corner, however, reveals that the “snowflakes” are actually ash produced by a dumpster fire. The mural highlights the struggles of Port Talbot, a small town located a few miles off the Swansea Bay, where the community relies on air filters to keep the air inside homes and buildings clean and safe to breathe.

A video posted on Banksy’s official Instagram account confirms the mural as his creation. In it, the video zooms in on the mural with the children’s song “Little Snowflake” playing in the background, and then pans up to show the nearby Tata Steel Plant, a major employer in the town that has long been criticized for polluting the air in this small Welsh town. Ironically, the garage’s owner was later found to work for the plant as a steelworker.

While the mural brings attention to a chronic problem in Port Talbot, residents have had mixed reactions over it. Some people love it, while others have tried to deface the mural with paint, prompting the town council to set up a perimeter fence to protect artwork that could end up being worth millions of dollars.

It should come as no surprise that Banksy chose to shine the spotlight on the town’s outdoor and indoor air quality problem. In the past, Banksy has used his art to bring attention to other social issues such as war, LGBT rights, and the right to privacy amid government surveillance among others.

Air pollution, which is no less dangerous to society, rightfully deserves as much thought. According to the World Health Organization (WHO), more than seven million premature deaths can be attributed directly to air pollution exposure, which has been known to cause lung and heart disease, diabetes, and even neurodegenerative disorders such as Alzheimer’s disease.

What is Driving Port Talbot’s Focus on Clean Air Solutions?

In May 2018, the WHO listed Port Talbot as one of the most polluted towns in the United Kingdom. While the WHO initially made the mistake of identifying Port Talbot as the most polluted town in the U.K., the organization later retracted the announcement, admitting it had referred to faulty data. Still, residents know that there’s an air pollution problem, which is why many continue to use air purifiers in their households and businesses.

As mentioned earlier, the town largely places the blame for its air quality woes on the Tata Steel Plant, whose emissions were observed to cover houses, cars, and pets in July last year, an event that may have served as the inspiration behind the mural.

“Combustion generates H2O, NO, NO2, CO, CO2 and particulate [matter],” said Camfil USA’s Charlie Seyffer, Manager of Marketing & Technical Materials for commercial air filters and 37-year ASHRAE member and active committee participant. “Impurities such as metals, mercaptans, sulphur oxides, and other particles can be emitted. Some of the particles are large and settle out, but the majority of the particles are submicron and remain suspended in the air for long periods of time.”

Since 1996, Port Talbot has been observed to have elevated concentrations of PM10, or particulate matter no larger than 10 microns in diameter. In fact, health and environmental officials have recorded events when the daily average level of PM10 exceeded 50 µg m-3 for more than 35 days—exceeding both the EU and the UK’s air quality standards for PM10 concentrations. But while PM10 is indeed dangerous to human health, the good news is that it’s easily captured and removed by high efficiency filtration systems.

When looking for the proper air purification system or air filter solution, it helps to work with a reliable air filter manufacturer or distributor, as these companies will have the expertise to refer a solution that’s appropriate for the air quality challenges and type of pollutants that need to be removed.

At Camfil USA, we are committed to providing homes, workplaces, and other facilities with commercial air filters and air filtration solutions that clean and purify the air. Talk to our team to learn more about how to protect your indoor air quality against air pollution with a reliable Camfil USA air filter. 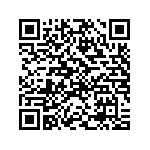 This Air Filter Manufacturer Is Lowering Your Energy Cost