Kiarash Behain is an entrepreneur in media, who has a passion for the empowerment of influencers, brands and celebrities. He helps people raise and share their voices and reach online.

The Civil Rights Movement leader and pioneer Dr. Martin Luther King Jr. is quoted to have said “A genuine leader is not a searcher for consensus but a molder of consensus.” Dr. King also famously stated that “There is power in numbers and there is power in unity.” Leadership is an idea that personalities like Dr. King and many others advocated for. They used leadership to become the master of their own destiny and bring about structural and psychological change restricted not only to America, but around the world. But now that we are living in the age of technology and social media - where every voice and opinion is heard loud and clear, and millions of inputs both enlighten and litter platforms from around the globe by people of different ideologies, and the power in numbers multiply and sway daily - the question remains: where do we seek our new age leaders?

Kiarash Behain is an entrepreneur in media, who has a passion for the empowerment of influencers, brands and celebrities. He helps people raise and share their voices and reach online. Kiarash is also the CEO of Rundown Media, a creative and social media agency who has been assisting top brands for more than a decade. In an interview, Kiarash spoke to us about his upbringing and views on how technology has shifted for those who are seeking to become a leader in the digital world.

Rundown Media is a full-service creative agency founded in Los Angeles. Kiarash Behain is the CEO of Rundown Media. They collaborate with clients and do so in every medium. Their sense of strategy, marketing, production and design are orchestrated to bring people and brands together with all intentions of creating lasting relationships. They believe no client is too big or small, too fresh or too dynamic.

Kiarash Behain is a social media entrepreneur, creative director and marketing specialist. He grew up in Los Angeles, California along with his two siblings and mother. He and his mother fled from Iran, their country of origin, during the Iraq-Iran war in the 1980s, which left Iran at the mercy of Iraqi dictator Saddam Hussein.

Kiarash and his mother started their new life in the United States in a setback and in the arms of grief, as Kiarash's father, whom they had waited for to join them in America, had passed away before he could make it. Kiarash spoke on that matter - “I believe that it did affect me, but not immediately. I was very young when my father passed and vividly remember the occurrence.”

Growing up, his mother played a huge role in evolving Kiarash Behain into what he stands for today.  She encouraged him to understand the various cultures in Los Angeles. He spent a lot of his childhood with his friends, hanging out at their homes and learning about their cultures and habits. This molded Kiarash into a socially savvy person as an adult, helping him absorb the different personalities and beliefs of others in America.

Kiarash even found father-figures and role models in different phases of his childhood, which prepared him to be a culturally in-tuned adult. He tried his best to preserve the memory of his father, and did his best to become like him as his mother would recall, with the purpose of making both his parents proud.

Kiarash Behain also says that he is a firm believer in God. “I strongly believe that God has placed me in various situations throughout my life which have specifically prepared me for the events to come later. Los Angeles is a melting pot of many cultures, nationalities and religions - growing up, I was able to soak these experiences in like a sponge. These experiences have seasoned me as an entrepreneur in understanding the magic of networking and business relationships.” Kiarash said.

As a teenager in school, Kairash joined the high school football team. But not as a player, rather as the head of media. The way he was accepted by the players and coaching staff is what he credits to have prepared him for the next stage: College Athletics. At the time when USC and UCLA were the top football programs in America, Kiarash was a part of the magic, producing media for top athletes. These experiences had him tailor-made for the Hollywood and entertainment lifestyles.

Lessons in Hollywood made Kiarash a Strong Personality

When he entered Hollywood however, there were brand new and upgraded tests for him to conquer. “Hollywood is what has taught me how to get up eight times after I have fallen down seven. In the world of entertainment, nothing comes easy nor is it promised, except that consistency and hard work will at least get you one foot in the door - even if it’s just your pinky toe.” Kiarash told us about his experiences in Hollywood. His difficult past along with the strength and work-ethic of the mother who raised him taught him how to break down door after door and become a leader in a world of followers and social media.

Social media has nearly become our primary form of communication and everything about technology is teaching us that social media will also be the core of our future. For Kiarash, it was important to be original and innovative. He created his first successful social media platform for people of ethnic backgrounds by the name of ‘Mocha City' in 2005. Shortly after, Myspace became a massive hit among the people. At the same time, Kiarash directed and produced a weekly entertainment show called “The Rundown” where hosts would recap all of the viral news of the week. The show became a huge success, gaining hundreds of thousands of views per weekly release on YouTube. Shortly after, numerous online shows began to sprout along with similarly formatted hit shows on television including “Talk Soup”.

Kiarash knew that the ability to be able to access his creative side from a young age further fueled his hunger for being innovative. Although he does not consider himself an inventor of any kind, he humbly admits is that his experiences in both failure and success has gone on to teach him what it takes to become a leader.

Experience in Working with Top Brands and Celebrities

Kiarash Behain has eventually gone on to work with top brands and celebrities of all backgrounds, the likes of some of which are Justin Bieber, Snoop Dogg, Tyrese Gibson, Sean “Diddy” Combs, to name the most notable of his clientele. When asked about how it was working with all of these personalities and how did he feel about achieving so much, he said, “God sent. I can honestly say that I was not supposed to be here. It was by fate and in God’s will for my family to make it to the land of opportunity. My mother was not supposed to conquer all of the obstacles that were put on her shoulders after the passing of my father but she did.”

Kiarash constantly credits his mother's strength, humility, perseverance, open-mindedness, and self-esteem as the building block of him and his siblings' ethics in life and his biggest ideal and inspiration to keep pushing forward, no matter how difficult the hill was to climb.

You can follow Kiarash Behain on his Instagram and keep up with his life, his work, and see what he has to share with the world. 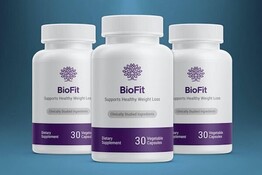 In Health Products Reviews 1 hour ago

In Press Releases 5 hours ago