As Elizabeth Holmes gears up for a landmark fraud trial, Hulu is filling out the cast of its upcoming drama, The Dropout, a limited series about the Theranos founder’s rise and fall. Created by New Girl’s Liz Meriwether, based on the ABC News podcast of the same name, and produced by Disney’s 20th Television, The Dropout “will explore what caused the world’s youngest self-made female billionaire, once heralded as ‘the next Steve Jobs,’ to lose everything in the blink of an eye,” as Disney touted in a press release. We're checking in with the victims, convicted criminals, and former suspects spotlighted in 'Escape at Dannemora,' 'The Jinx,' and more. Below, we compare cast members of The Dropout to the real-life figures they’re playing, starting with the famous film actress who replaced Saturday Night Live‘s Kate McKinnon in the lead role. 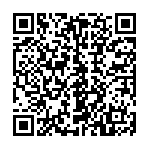 From DeSantis to Jabeur: 10 people who will make the news in 2023

Records that tumbled in 2022