The investigative journalist whose story sparked the downfall of Theranos Inc. said he’s yet to receive a subpoena in the trial of company founder Elizabeth Holmes though he’s willing to offer his testimony.
John Carreyrou, whose October 2015 report in the Wall Street Journal cast doubts about the efficacy of Theranos’ technology, locked horns with the company’s outside lawyers at Boies Schiller Flexner. Heather King, a former Theranos general counsel who subsequently returned to Boies Schiller, sent the Journal retraction demands, he said.
“There was an incredibly aggressive, scorched-earth legal campaign, as I called it in my book, to threaten and intimidate me to get this story killed,” said Carreyrou, a two-time Pulitzer Prize winner. “I would be a very good witness for the prosecution and a terrible one for the defense.”
By the time his book on Theranos was published in May 2018, what was left of the company dissolved. Carreyrou is now one of dozens of potential witnesses, including former Secretary of State Henry Kissinger and famed litigator David Boies, who could take the stand in Holmes’ criminal fraud trial set to start Tuesday in a federal court in San Jose, Calif.
Boies, who recently declined to discuss with Bloomberg Law whether he might testify in the trial, has said he acted ethically in advising Holmes.
“One thing I’ll say in David Boies’ defense—I can’t say that he knew what was going on at Theranos and in its lab,” Carreyou said. “I get the sense he did... 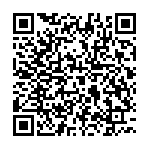