With inflation rising sharply, and the Federal Reserve raising interest rates, the United States is facing an increased risk of a downturn, IMF Managing Director Kristalina Georgieva said Friday.. The world's largest economy rebounded strongly from the pandemic downturn, but that has come with "unwelcome side effects" of rising prices, Georgieva said.

But any temporary pain caused by a recession would be "a necessary price to pay" to defeat damaging inflation, she said.

The Washington-based crisis lender again slashed its US growth forecast to 2.9 percent, from the 3.7 percent forecast in April, which was cut from the rate predicted at the start of the year.

The world's largest economy rebounded strongly from the pandemic downturn, but that has come with "unwelcome side effects" of rising prices, Georgieva said.

While the IMF is confident the Fed's rate hikes will bring down inflation, "We are conscious that there is a narrowing path to avoiding a recession," she said in a statement.

The Fed last week implemented the biggest increase in its benchmark lending rate in nearly 30 years, as part of its aggressive effort to quell inflation that is at a four-decade high and squeezing American families struggling with rising prices for gasoline, food and housing.

The US economy already was seeing strong demand clashing with supply snarls due to pandemic lockdowns in China and elsewhere, when Russia invaded Ukraine, which has intensified the inflationary pressures.

For 2023, growth is expected to slow to 1.7 percent, but "narrowly avoid" a recession, according to the annual review of the US economy, known as the Article IV consultation.

The IMF chief said the battle against inflation must be the "top priority" despite the impact a US slowdown might have on the global economy.

"Success over time will be beneficial for global growth, but some pain to get to that success can be a necessary price to pay," she said in response to a question from AFP.

Georgieva met with US Treasury Secretary Janet Yellen and Fed Chair Jerome Powell and the officials "left no doubt as to their commitment to bring inflation back down."

Nigel Chalk, deputy chief of the IMF's Western Hemisphere division, said any US recession is likely to be short-lived, given the stockpile of savings and strong business and household balance sheets, and the strong labor market.

"All of those things would help support the economy," he said. "So if it was hit by negative shock, it should pass relatively quickly and have a relatively quick recovery afterwards."

"Especially at a time when inflation is high and supply chains are strained... we can see clear benefits in rolling back the tariffs that were introduced over the last 5 years," Georgieva said in a statement.

However, US Trade Representative Katherine Tai has said the steep tariffs on China offer negotiating "leverage" with Beijing which she is reluctant to give up.

The IMF report said removing tariffs on steel, aluminum, and a range of products from China "would support growth and help reduce inflation."

The rapid US recovery, helped by low interest rates and hefty government aid, had domestic benefits, reducing poverty and creating more than 8.5 million jobs since the end of 2020, according to the IMF analysis.

It also offered a boost to the pandemic-ravaged global economy, but fund economists cautioned that it will be "tricky" to avoid recession.

"The stakes are clearly high. Misjudging the policy mix -- in either direction -- will result in sizable economic costs at home and negative outward spillovers to the global economy."

However, the report pushed back against comparisons to the inflationary era of the 1980s, noting the economy and the central bank actions are "markedly different." 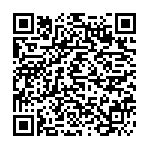 In US, even the definition of 'recession' is controversial