Stock markets wobbled on Friday while the dollar shot higher against the euro and pound as investors fretted about interest rate hikes and a possible recession.. The dollar, a safe-haven currency, jumped one percent against the pound and the euro on rising expectations of a recession.

Stock markets wobbled on Friday while the dollar shot higher against the euro and pound as investors fretted about interest rate hikes and a possible recession.

Both Paris and Frankfurt stocks ended the day with small gains despite news of record-high eurozone inflation that reinforced expectations of a European Central Bank interest rate hike later this month.

The EU's Eurostat data agency said annual consumer price inflation in the 19 countries that use the euro soared to 8.6 percent in June, up from the prior record of 8.1 percent in May.

The ECB stated last month that it will deliver its first interest rate hike in more than a decade in July to combat inflation.

Eurostat added Friday that core inflation -- stripping out volatile components like energy and food -- slowed to 3.7 percent from 3.8 percent, helping equities to calm heading into the weekend pause.

Wall Street's main indices were marginally lower in late morning trading, having bounced around since the opening bell.

Chris Beauchamp, chief market analyst at online trading platform IG, said there was little buying interest at the start of the second half of the year, even though the sharp drops suffered by stocks in the first half open up the possibility for gains.

"There is a growing unease about the summer, especially with a potentially very gloomy (second-quarter) earnings season nearly upon us," he said in a note to clients.

"It really does look like we have another big leg lower before this bear market is done," added Beauchamp.

With the war in Ukraine showing no sign of ending -- keeping energy costs elevated -- there is an expectation that borrowing costs will continue to rise and send economies into recession.

Losses across world markets this week come after a rally last week fuelled by hopes that an economic slowdown or signs of recession would lead central banks to ease off their monetary tightening drive.

But comments from top finance chiefs, including Federal Reserve boss Jerome Powell, suggest they are willing to endure the pain of a contraction as long as they can rein in prices -- which are rising at their fastest pace in 40 years on both sides of the Atlantic.

"Instead, the market's obsession is turning from inflation to recession fears. Given the steep declines in stock prices this week, much of the bad news is priced in for now, until it starts again next week," she added.

The dollar, a safe-haven currency, jumped one percent against the pound and the euro on rising expectations of a recession.

"The US dollar looks set to end the week stronger against most major currencies, nearing its strongest level since 2002 as 'risky' assets remained under pressure," said economist James Reilly at Capital Economics. 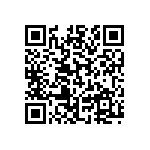