Argentine economy minister Martin Guzman, who led debt renegotiations with the International Monetary Fund, announced his resignation Saturday, sparking fresh uncertainty in Latin America's third largest economy.. As economy minister, the 39-year-old Guzman was tasked with renegotiating a $44 billion debt with the IMF that Argentina insisted it could not afford to repay.

Guzman did not say why he resigned in his statement addressing President Alberto Fernandez, but called on the center-left leader to mend internal divisions so that "the next minister does not suffer" the same difficulties he did.

"It will be essential that you work on an agreement within the ruling coalition," he added in the statement shared on Twitter.

His resignation comes two weeks after Vice President Cristina Kirchner, a former president who has been a constant critic of the government, gave a speech attacking Fernandez's economic management.

Political analyst Carlos Fara told AFP that Guzman's resignation was "a check mate for the president's autonomy" and had given Kirchner the upper hand in their power struggle.

"The resignation will have a very bad effect in the markets. Even if the president and vice president reach a consensus on managing the economy, from now on everything will be conditioned by Cristina Kirchner's pressure."

As economy minister, the 39-year-old Guzman was tasked with renegotiating a $44 billion debt with the IMF that Argentina insisted it could not afford to repay.

The original debt of $57 billion -- the last tranche of which Fernandez declined after succeeding his liberal predecessor Mauricio Macri, who had solicited the loan -- was the largest ever issued by the IMF.

Despite resistance from Kirchner, Guzman managed to agree a deal and save Argentina from defaulting.

But Guzman was often faced with hostility from the Peronist Justicialist Party, the major force in the Frente de Todos (Everyone's Front) ruling coalition that counts both Fernandez and Kirchner as high profile members.

Kirchner's faction has gone after Guzman ever since Everyone's Front lost control of the senate during last year's midterm legislative elections.

The IMF deal was only ratified by parliament thanks to support from the center-right opposition, as a group of legislators in the ruling coalition led by the vice president's son Maximo Kirchner boycotted the vote.

Guzman said whoever replaces him will need "centralized management of the necessary macroeconomic political instruments to consolidate the progress made and face the challenges ahead."

While agricultural powerhouse Argentina has the third largest economy in Latin America, it has been in economic crisis for years, with inflation of more than 60 percent in the last 12 months.

The country was already struggling with rising poverty, unemployment and a depreciating currency before the coronavirus pandemic exacerbated matters.

Earlier this week, Fernandez admitted the country was facing "a growth crisis" due to a shortage of foreign exchange.

The IMF deal included provisions to contain inflation and reduce the budget deficit from three percent in 2021 to parity by 2025.

Guzman's detractors within the ruling coalition hit out at him over perceived excessive zeal in tackling the budget deficit and his monetary policy.

He complained several times that these criticisms sent worrying signs to already jittery markets, making his job ever harder.

In a recent report, the Eurasia Group political risk consultancy said the internal divisions would not be resolved any time soon.

Although he did not reveal what his next post would be, Guzman said he would "continue working and striving for a fairer, freer and sovereign homeland."

Fernandez has yet to comment on the resignation of Guzman, who is one of his closest allies. 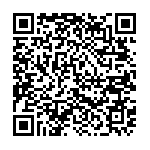