It's still dark when the line starts forming outside an electronics store in Tokyo, as desperate gamers try to snag the latest PlayStation or Xbox despite chronic shortages in Japan.. Tetsuya, 50, has been trying to get a console since February and lined up before 6:30 am with dozens of other people outside a store in the electronics district of Akihabara.

It's still dark when the line starts forming outside an electronics store in Tokyo, as desperate gamers try to snag the latest PlayStation or Xbox despite chronic shortages in Japan.

The consoles made by Sony and Microsoft have been hard to buy since their November 2020 release, as has Nintendo's Switch, with supply chain issues exacerbated by lockdowns in China.

Shortages have struck worldwide but are particularly acute in Japan because Sony and Microsoft have prioritised other markets.

That has left consumers and stores in a game of cat-and-mouse as customers hunt coveted consoles and sellers battle chaos that has sometimes required police intervention.

Tetsuya, 50, has been trying to get a console since February and lined up before 6:30 am with dozens of other people outside a store in the electronics district of Akihabara.

But around 8 am, an employee emerged to announce the store had not received either PS5s or Xboxes and the crowd quickly dispersed.

"It's a shame, but I'll keep trying my chances if I can," said Tetsuya, who declined to give his second name. 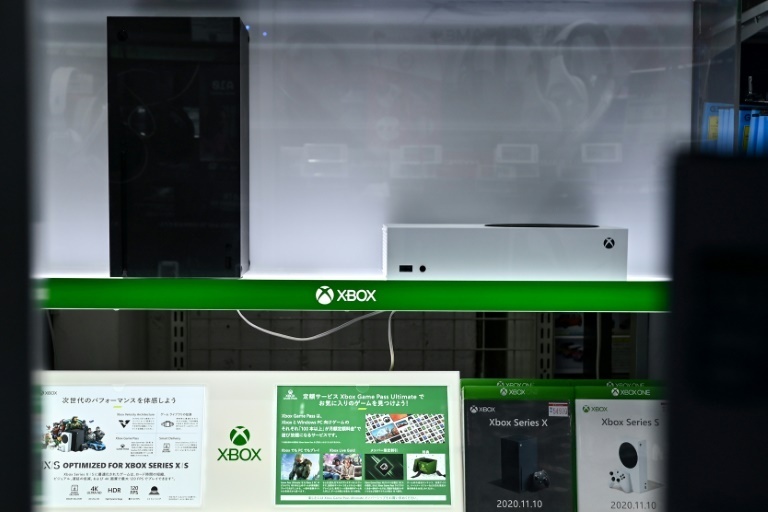 Hoping to discourage crowding, many stores have moved sales online, using lottery systems, while others have shifted to low-profile sales that take place without prior warning, with consoles arriving on a random schedule.

The phenomenon is known as "guerrilla sales" in Japan, a term that first emerged with the Nintendo DS console, which was a victim of its own success during the 2000s

Some gamers are fighting back with their own tactics, including one who has set up a website gathering crowdsourced information.

"Last summer, I spent three months trying to buy a PlayStation 5, but every time I went to a store, they were sold out," said the 40-year-old Japanese man, a researcher in artificial intelligence who asked to remain anonymous.

"The only option was to phone each store or find information on Twitter," he told AFP.

"I thought to myself that everyone must have the same problem, and that creating a site to share information would help the community."

The site's creator says he spends hours on weekends sorting and verifying up to 500 daily messages posted on its forum.

"For PS5s in Yokohama, they are now selling both the disc edition and the digital edition. It's unclear how many units they have. There's no line," reads one post.

The information gives gamers real-time leads but is also fed into a calendar to highlight trends and analysed by an algorithm designed to predict when stores will have supplies. 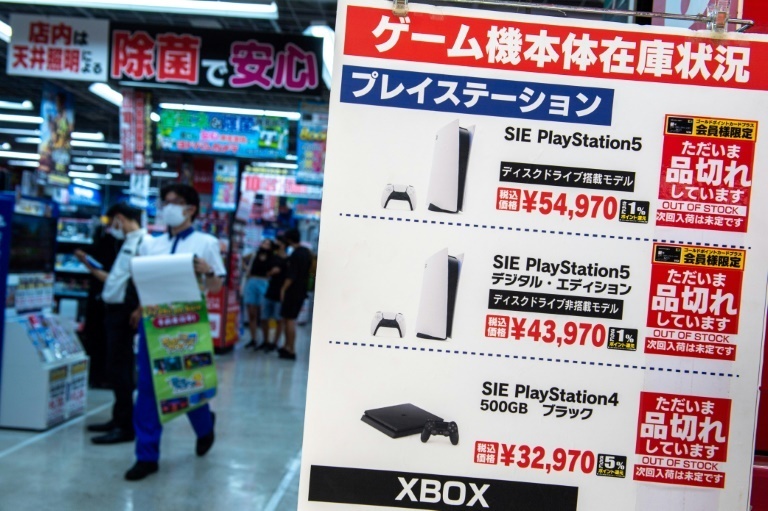 Microsoft's Xbox has never been as popular in Japan as elsewhere, so in times of short supply, the country isn't a priority market.

And Sony has targeted PS5 sales in Europe and North America, according to Yasuda, who estimates just five to eight percent of the 20 million PS5s sold worldwide were in Japan.

When the PS4 launched in 2013, "the smartphone game market in Japan was exploding while the console market was stalling", he told AFP.

"Sony must have thought it was going to disappear in the 2020s, especially with the shrinking Japanese population."

Despite promises from PlayStation boss Jim Ryan in May of a "significant ramp up" in production, Yasuda doesn't expect a major boost to deliveries before the second half of 2023.

The crowdsourcing site founder says he will keep going, determined to help those "who really love video games" against "scalpers".

"I have no life on the weekend, but if I stop, people who want to buy a console will be stuck."