Tunisian farmer Mondher Mathali surveys a sea of swaying golden wheat and revs his combine harvester, a rumbling beast from 1976 which he fears could break down at any moment.. "I'd love to buy a new combine harvester, but I could only do it with help from the government," said Mathali, 65.

Tunisian farmer Mondher Mathali surveys a sea of swaying golden wheat and revs his combine harvester, a rumbling beast from 1976 which he fears could break down at any moment.

Since the Ukraine war sent global cereal prices soaring, import-dependent Tunisia has announced a push to grow all its own durum wheat, the basis for local staples like couscous and pasta.

The small North African country, like its neighbours, is desperate to prevent food shortages and social unrest -- but for farmers on the sun-baked plains north of Tunis, even the basics are problematic.

"I'd love to buy a new combine harvester, but I could only do it with help from the government," said Mathali, 65. 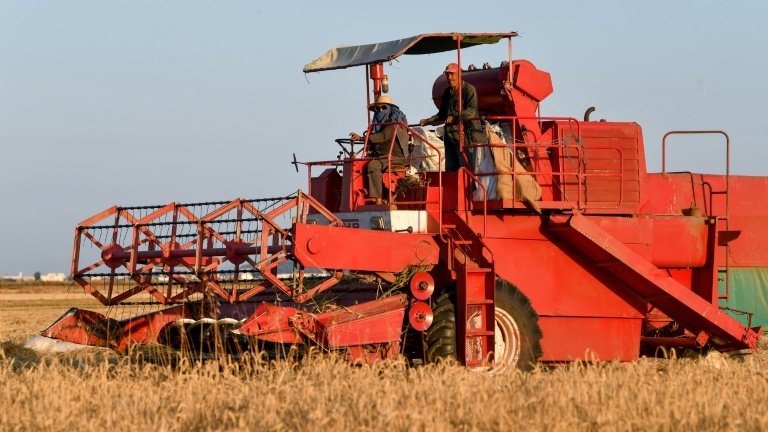 He reckons his outdated machine wastes almost a third of the crop. With spare parts hard to find, he fears a breakdown could cost him his entire harvest.

But even a second-hand replacement would cost him an unimaginable sum: $150,000.

"Our production and even the quality would go up by maybe 50 percent, even 90 percent" with government help, he said.

"But our situation is getting worse and the state isn't helping us."

Tunisia's wheat production has suffered from years of drought and a decade of political instability, with 10 governments since the country's 2011 revolution.

That has exacerbated its reliance on imports. Last year, it bought almost two-thirds of its cereal from overseas, much of it from the Black Sea region. 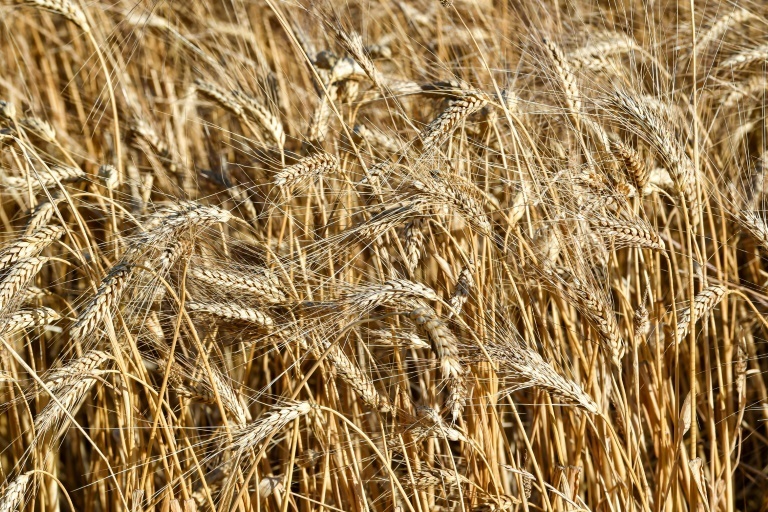 Those supply chains have been rocked first by the coronavirus pandemic and then by the war in Ukraine, which last year provided around half of Tunisia's imports of the soft wheat used in bread.

While it still plans to import soft wheat, the country is pushing for self-sufficiency in durum wheat by the 2023 harvest.

That would be a valuable contribution to the national diet: the average Tunisian eats 17 kilograms (37 pounds) of pasta per year, second only to Italians.

It also plans to devote 30 percent more farmland to wheat, and has dramatically boosted the prices it pays growers.

But the agriculture ministry's chief of staff acknowledged Mathali's problems.

"Tunisia has about 3,000 combine harvesters, 80 percent of which are old and very wasteful, which represents a major loss," said Faten Khamassi.

She said the state plans to fund farmers' collectives to buy shared equipment.

Agricultural technician Saida Beldi, who has worked with farmers in the northern Ariana governorate for three decades, says political instability has gutted the sector. 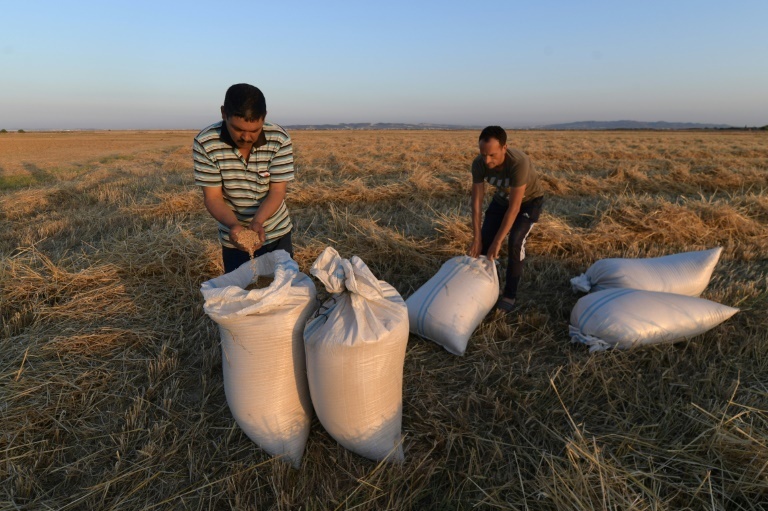 With each new minister, "the policy changes", she said. "There's no continuity."

She said many farmers struggled to obtain state-subsidised fertilisers, which trade on the black market at inflated prices.

Khamassi said it was "certainly possible to reach self-sufficiency in durum wheat".

But she said Tunisia faces another dilemma: "develop cereal production to reach self-sufficiency, or develop other crops like strawberries and tomatoes for export? We need to choose."

International organisations have long pushed poorer countries to focus on specific cash crops for export, rather than growing essentials. 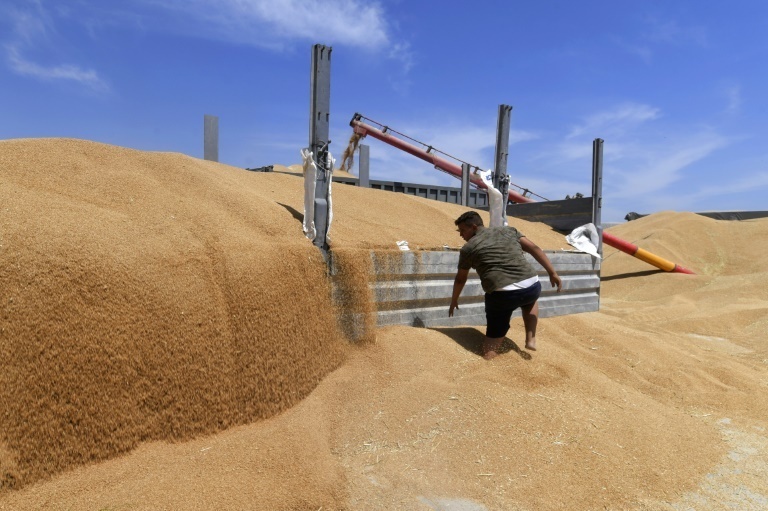 A 2014 World Bank report argued that Tunisia "does not have a strong comparative advantage in cereals" and should instead focus on "labour intensive" crops because of cheap labour.

But in June, announcing a $130 million loan for emergency cereal imports, the lender said it was providing "incentives to sustainably increase domestic grain production" and cut import dependency.

"We need to return to much more self-sufficient policies, local production," she said.

The ministry also said in June that it would allow foreign investors to own agricultural firms outright, instead of requiring at least one-third Tunisian ownership. 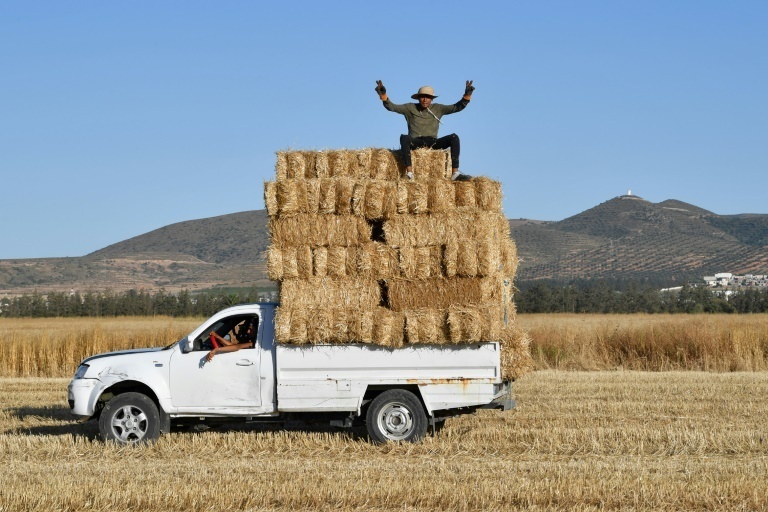 Khamassi said this would attract investment and create jobs.

But economist Fadhel Kaboub said this strategy would make Tunisia even more vulnerable.

"Small-scale Tunisian farmers operating on small plots of land will not be able to compete with big foreign investors with access to cheap loans from European banks," he said.

"These companies' business model is to push for cash crops for export, to earn dollars and euros -- not to produce wheat to sell for dinars in the local market."

For farmer Mathali, who hopes to pass his business on to his son, the stakes couldn't be higher.

"Tunisia was the Roman Empire's main supplier of wheat," he said, squinting under the summer sun.

"Why can't we revive that?" The complex negotiations to get grain out of Ukraine

Foods and Drinks to Boost Your Energy Instantly!