Asian markets rose Friday on easing recession fears, while there were growing hopes that Joe Biden will remove some Trump-era tariffs from Chinese goods.. Biden is also reported to be holding a meeting later Friday with top advisers to discuss whether or not to lift some of the Trump-era tariffs imposed on around $300 billion of Chinese imports.

Asian markets rose Friday on easing recession fears, while there were growing hopes that Joe Biden will remove some Trump-era tariffs from Chinese goods.

Buying was also boosted by reports that Beijing was considering a huge stimulus shot to the struggling economy by allowing local governments to raise billions of dollars through bond issuance for infrastructure projects.

Traders were handed a strong lead from Wall Street, where all three main indexes climbed for a fourth straight day, helped by two top Federal Reserve officials who said the economy could withstand sharper rate hikes and maintain growth.

There has been growing talk that the fast pace of monetary tightening by the bank will tip the world's top economy into recession.

But Christopher Waller, a member of the board of governors, said worries were overblown and that a strong jobs market would provide a buffer, adding that rates needed to go up sharply and quickly.

And Brian Belski, at BMO Capital Markets, agreed that fears of a recession had gone too far.

"I'm calling this period right now a recession obsession," he told Bloomberg Television. "Institutional investors are not positioned for any kind of upside move. That’s why you are seeing these sharp moves on a day like (Thursday). We remain positive and think people are way too negative."

The Fed's policy plans will be in focus later Friday when US employment data is released, with a strong reading providing the central bank with evidence to stick to its hawkish line.

But Matt Simpson at StoneX Financial said there were indications the jobs market could be showing signs of weakness.

The report "is unlikely to deter the Fed from a 75 basis points hike this month. But when the precious non-farm payroll numbers begin to crumble, so does the Fed’s argument that the US economy is robust", he said.

"And we’re seeing early signs of that across multiple employment metrics."

"When we do see unemployment begin to rise and headline employment growth lose momentum it will be hard for the Fed to ignore," he added.

"And that could provide a reason for the Fed to at least pause their hiking cycle, because a crumbling jobs market is great for deflation. So I’d expect market fireworks if and when (non-farm payroll numbers) begins to disappoint."

Biden is also reported to be holding a meeting later Friday with top advisers to discuss whether or not to lift some of the Trump-era tariffs imposed on around $300 billion of Chinese imports.

While he is also said to be considering another probe into other facets of Beijing's trade policy, analysts said the removal of the levies could boost China's export growth to the United States by about 20 percent.

The move could also help ease upward pressure on US inflation, which is running at a four-decade high.

Sterling extended Thursday's rally that came after Boris Johnson resigned as leader of the ruling Conservatives, paving the way for a new prime minister and bringing an end to weeks of political uncertainty in the United Kingdom.

The euro remained stuck at a 20-year low against the greenback after minutes from the European Central Bank's most recent meeting indicated that, unlike the Fed, it was happy to hike rates at a slower pace despite surging inflation. 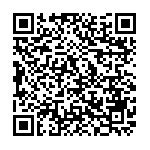