Surging inflation and severe slowdowns in the United States and China prompted the IMF Tuesday to downgrade its outlook for the global economy this year and next, while warning that the situation could get much worse.. "The world's three largest economies, the United States, China and the euro area are stalling with important consequences for the global outlook," he said at a briefing.

Surging inflation and severe slowdowns in the United States and China prompted the IMF Tuesday to downgrade its outlook for the global economy this year and next, while warning that the situation could get much worse.

"The outlook has darkened significantly since April," said IMF chief economist Pierre-Olivier Gourinchas. "The world may soon be teetering on the edge of a global recession, only two years after the last one."

"The world's three largest economies, the United States, China and the euro area are stalling with important consequences for the global outlook," he said at a briefing.

In its latest World Economic Outlook, the International Monetary Fund cut the 2022 global GDP estimate to 3.2 percent, four-tenths of a point lower than the April forecast, and about half the rate seen last year.

Last year's "tentative recovery" from the pandemic downturn "has been followed by increasingly gloomy developments in 2022 as risks began to materialize," the report said.

"Several shocks have hit a world economy already weakened by the pandemic," including the war in Ukraine which has driven up global prices for food and energy, prompting central banks to raise interest rates sharply, the IMF said.

But the IMF offered a stark caveat to the forecasts, cautioning that "risks to the outlook are overwhelmingly tilted to the downside," and if they materialize could push the global economy into one of the worst slumps in the past half-century.

Key among the concerns is the fallout from the war in Ukraine including the potential for Russia to cut off natural gas supplies to Europe, as well as a further spike in prices and a food shortage due to the chokehold the war has on grain supplies that could trigger famine.

In an ominous warning, the WEO said "such shocks could, if sufficiently severe, cause a combination of recession accompanied by high and rising inflation ('stagflation')."

That would slam the brakes on growth, slowing it to 2.0 percent in 2023. The global growth rate has only been slower five times since 1970, the report said.

Gourinchas said that would be "getting really close to a global recession."

The top priority for policymakers is to rein in soaring prices, even at the cost of inflicting pain on their citizens, the fund said, since the damage caused by allowing inflation to rage out of control would be much worse. 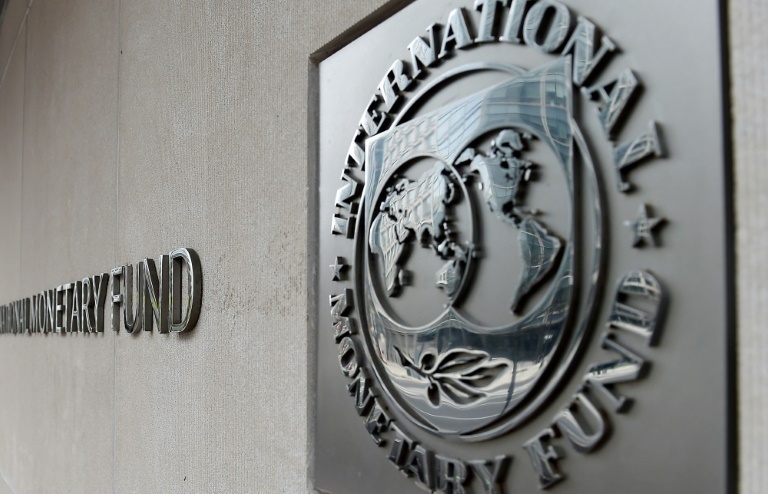 Gourinchas, in a blog post about the report, noted that the "synchronized" moves by major central banks to deal with the inflation threat "is historically unprecedented, and its effects are expected to bite."

"Tighter monetary policy will inevitably have real economic costs, but delaying it will only exacerbate the hardship," he said.

But, "further supply-related shocks to food and energy prices from the war in Ukraine could sharply increase headline inflation."

That would increase the pain for poor nations least able to withstand the shock, where food makes up a larger share of family budgets.

While the global economy did a bit better than expected in the first three months of the year, it appears to have "shrunk in the second quarter -- the first contraction since 2020," the IMF said.

The IMF downgraded growth forecasts for most countries, including big revisions for the United States and China, cutting more than a point off the prior forecasts.

The fund now sees US growth this year of just 2.3 percent, amid slowing consumer spending and rising interest rates, and the report said a recession -- defined by two quarters of negative growth -- may already have begun.

China's economy is expected to slow dramatically in 2022, expanding just 3.3 percent -- the lowest in more than four decades other than the 2020 pandemic crisis -- due to Covid concerns and the "worsening crisis" in the property sector, the report said.

"The slowdown in China has global consequences: lockdowns added to global supply chain disruptions and the decline in domestic spending are reducing demand for goods and services from China's trade partners," the report said.

There were some exceptions to the gloomy outlook, including upgrades for Italy, Brazil and Mexico, as well as for Russia which is still expected to contract but is benefitting from rising oil prices due to Western sanctions, the WEO said. Don't let inflation 'genie' out of the bottle: IMF economist