Switzerland does not expect to dip into recession this year despite the threat of an energy supply squeeze, the government's chief economist said Sunday.. However, we do not expect a recession for this year," Scheidegger said.

Switzerland does not expect to dip into recession this year despite the threat of an energy supply squeeze, the government's chief economist said Sunday.

The Swiss economy is "doing well" despite the impact of the war in Ukraine on energy prices, Eric Scheidegger told the SonntagsZeitung newspaper.

He said it was down to companies to steel themselves for the possibility of power shortages in the winter months.

"We may have to revise our economic forecast downwards for next year. The revised forecast will be published on September 20. However, we do not expect a recession for this year," Scheidegger said.

"We run the risk of an energy supply bottleneck in winter. If there are persistent production interruptions in the EU and we ourselves have a gas shortage, it becomes problematic.

"In our negative scenario, we expect zero growth for 2023 instead of growth of almost two percent."

Despite the threat of power shortages and the effects of the war in Ukraine, Scheidegger does not see a serious economic crisis heading towards Switzerland.

"At present, the economy is still doing well. Current indicators show that the economy in this country also developed well in the second quarter -- after the outbreak of the war in Ukraine," he said.

"Economic support measures such as general perks or tax relief are currently therefore neither necessary nor helpful," he added.

Scheidegger said the Swiss economy was less susceptible to high energy prices than other European countries as gas accounted for only five percent of its total energy consumption.

He said the government would discuss possible measures to curb high energy prices in the coming weeks, which could involve reducing health insurance premiums for low-income households.

The State Secretariat for Economic Affairs official said the help for businesses during the Covid-19 pandemic could not become the norm during economic downturns.

"It's been known since spring that there can be a power shortage in winter. Companies have time to prepare for this," he said.

"Companies can, and must, take this operational risk into account... it is up to companies to prepare for foreseeable events."

As for inflation, he said Switzerland was "an island of bliss" compared to the United States, and inflation was likely to fall before the end of the year.

"At 3.4 percent, inflation is much lower here than in other countries.  Core inflation -- inflation excluding fresh food, energy and fuel -- is at two percent," he said. 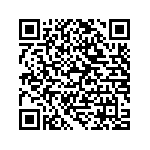 'Pressing need' for US, China to communicate on economic issues: Yellen

Women at the heart of Swiss pension reform vote