Americans flush with savings have been a key driver of the US pandemic recovery, and the Fed is keeping a careful eye on economic data as it battles to quash red-hot inflation without tipping the world's largest economy into recession.

While the headline data of the closely-watched report flatlined at $682.8 billion, rather than rise slightly as economists had expected, sales increased 0.7 percent when gasoline and motor vehicles are excluded from the calculation, the Commerce Department said.

The central bank has raised the benchmark borrowing rate four times this year, including two massive three-quarter point increases in June and July after US annual inflation spiked to 9.1 percent in June.

The inflation rate slowed in July to 8.5 percent, but policymakers have made it clear in recent comments that they are not done with their efforts to cool the economy.

Still, Bostjancic said the Fed might dial back the pace of increases.

"With inflation, commodity prices, and inflation expectations easing, the Fed might decide to scale back the rate hike to 50bps (basis points)," she said in an analysis.

The Fed's next policy meeting is in late September.

US gas prices at the pump soared in the wake of the Russian invasion of Ukraine in late February, but in recent weeks have been trending down and have fallen by more than $1 a gallon after hitting an all-time high over $5 in mid-June, squeezing family budgets.

While spending on automobiles fell 1.7 percent and gasoline stations dropped 1.8 percent, Americans ramped up spending on furniture, food, electronics and at online stores.

Sales of building materials and garden supplies jumped 1.5 percent, but at clothing and department stores they fell.

The data are seasonally adjusted but do not take into account changes in prices, so as costs rise a shopping dollar does not stretch as far.

Still, the report shows the stockpile of savings is helping consumers deal with the higher prices, and bodes well for economic growth, said Ian Shepherdson of Pantheon Macroeconomics.

"The big picture here is favourable," he said. "If you’re looking for recession, you won’t find it here." 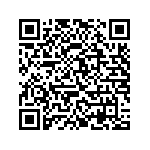 No slowdown yet: US import deluge tests supply chain