In an interview with AFP, EU high representative Josep Borrell said Putin sees "the weariness of the Europeans and the reluctance of their citizens to bear the consequences of support for Ukraine".

"We will have to endure, spread the costs within the EU," Borrell told AFP, warning that keeping the 27 member states together was a task to be carried out "day by day".

Next week, Borrell will host meetings of EU foreign and defence ministers in Prague, hoping to shore up what has so far been a remarkably united diplomatic front against Russia's aggression.

The EU member states, most of which are also NATO allies, have agreed a series of sanctions packages targeting Putin's inner circle and sectors of the economy, including key oil exports.

But now, energy prices and inflation are soaring and several members, including economic powerhouse Germany, face the prospect of deep recessions.

Eastern EU states which border on Russia and have bad memories of Soviet domination want still tougher measures and are pushing for a ban on visas for Russian tourists.

Other capitals are reluctant to take further measures that would also hurt their own economies, fearing that voters' support for Ukraine might not survive winter power cuts and huge gas bills.

It is Borrell's job to maintain the united front, which Brussels feels has been its trump card after Moscow's efforts to try to dismiss EU concerns and divide the allies.

"We must not forget that the European Union is an association of states which have different approaches vis-a-vis Russia," he said.

The 75-year-old former Spanish foreign minister will propose an EU military training mission for Ukrainian forces, like the one backed by Britain and Canada.

"We must give Ukraine support that goes beyond supplying weapons. Faced with someone who refuses to stop the war, we must be able to resist," he said.

But finding a compromise between the competing priorities of EU nations will not be easy.

"The member states are masters of their foreign policy. We must ensure that their interests reach a common point. We are always in compromise mode," Borrell said.

Europe is a huge market and trading bloc, and EU economic sanctions can hit opponents hard.

But decisions on sanctions must be taken by unanimous assent, meaning that a single member such as Russia's ally Hungary can delay or derail joint measures.

And if a pro-Ukrainian coalition such as Lithuania, Latvia, Estonia, Finland and Poland want to go ahead and ban Russian visitors, they would need the backing of more cautious members.

"We seek a European solution in the first place, because it is the most sustainable and legally correct," Lithuanian foreign minister Gabrielius Landsbergis said Tuesday.

But he added: "If we don't reach one, we do not rule out the possibility of looking for a regional solution."

Germany's Chancellor Olaf Scholz has expressed reservations about a visa ban and Borrell was cautious, suggesting targeted bans on the pro-Putin elite.

"I believe that to ban all Russians from entry into Europe, always and whatever the motive, is not a good idea. We have to be more selective, but of course, to the oligarchs, nothing," he said.

Western weapons -- including those bought with 2.5 billion euros made available by the EU -- have allowed Ukraine to outmatch Russia's out-of-date military equipment, Borrell said.

But the Russian leader remains defiant and Europe is worried Moscow's forces might damage a Ukrainian nuclear plant and trigger a continent-wide disaster.

"Vladimir Putin remains inflexible. We must continue the pressure through the sanctions and reconstitute the Ukrainian forces," Borrell said

"The war is taking a new turn. The Ukrainians have gone on the offensive." 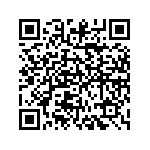