Matteo Salvini was once the poster boy of Italy's far-right but the popularity of Giorgia Meloni has reduced him to a junior -- and potentially disruptive -- partner in their election coalition.. "Salvini and Silvio Berlusconi will be difficult coalition partners, desperate to regain visibility after a (likely) beating down on ballot day by stressing policy differences," predicted Wolfango Piccoli of the Teneo consultancy.

Matteo Salvini was once the poster boy of Italy's far-right but the popularity of Giorgia Meloni has reduced him to a junior -- and potentially disruptive -- partner in their election coalition.

Final opinion polls last week put Meloni's post-fascist Brothers of Italy at more than 24 percent ahead of Sunday's election, around twice that of Salvini's anti-immigration League.

Such a result on election day would allow her to claim the post of prime minister and decide the direction of their coalition, which also includes former premier Silvio Berlusconi's more moderate right-wing Forza Italia.

It would be a disappointing turnout for Salvini, who was propelled to power after winning 17 percent of the vote in 2018 general elections, and securing a stunning 34 percent in the vote for the European Parliament the following year.

A key question will be whether the League leader can accept this diminished position or make trouble on issues -- notably the Ukraine war -- on which he disagrees with Meloni.

From his blunt criticism of the European Union, Muslims and Roma, his overt Catholicism -- brandishing a rosary on the campaign trail -- to his bare-chested partying by the sea, Salvini, 49, has cultivated an image as a man of the people. 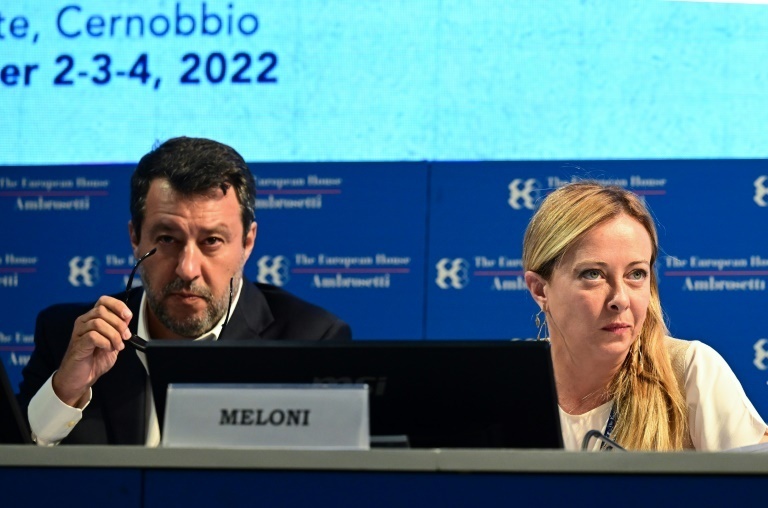 He successfully led his once secessionist party -- previously known as the Northern League -- to become a national force, fuelled by anger against Brussels and the tens of thousands of migrants who wash up on Italy's shores each year.

Yet in recent years he has been eclipsed by Meloni, who shares his eurosceptic, "Italians First" platform but -- despite her party's neo-fascist roots -- styles herself as a straight-talking but unthreatening "Christian mother".

"Salvini has made some big mistakes, which tarnished his image," Lorenzo De Sio, professor of political science at Rome's Luiss University, told AFP.

Top of the list was the League leader's "arrogance" in trying to bring down his coalition government in 2019, hoping to force new elections after his big win in European polls, only to find himself in opposition.

A key factor in Meloni's rise was also her decision to stay out of Prime Minister Mario Draghi's grand coalition formed in February 2021 -- the only party not to join, granting her an outsider status that has attracted many disgruntled voters.

Meloni's party is eurosceptic, although it no longer advocates leaving the EU's single currency, but she has strongly backed the bloc's sanctions against Russia over its invasion of Ukraine. 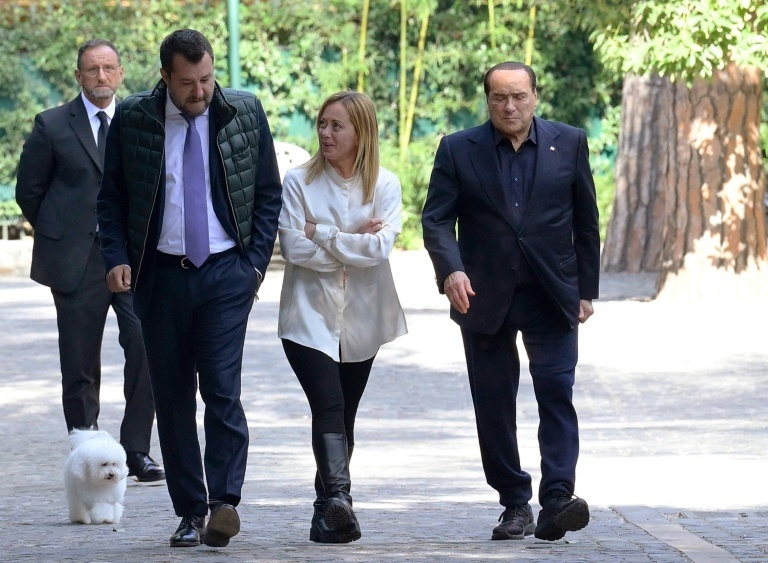 By contrast Salvini -- a long-time supporter of Russian President Vladimir Putin -- has criticised the sanctions, saying they have hurt Europe more than Russia, not least in sending energy prices soaring.

The League leader has called for more help for households and businesses to mitigate the impact of rising electricity and gas bills, even if it means adding to Italy's already mammoth debt.

Meloni disagrees, and has offered reassurances that she will pursue a responsible fiscal policy.

How they will manage these differences -- along with those they have with Berlusconi, a more pro-European, centrist-rightist force, who is polling at around eight percent -- will likely depend on the final balance of power.

"Salvini and Silvio Berlusconi will be difficult coalition partners, desperate to regain visibility after a (likely) beating down on ballot day by stressing policy differences," predicted Wolfango Piccoli of the Teneo consultancy.

However, De Sio notes that while Salvini had something to gain by bringing down the government in 2019, this was not the case now.

And he noted that the Italian right has in the past proved itself adept at overcoming differences to stay in power.

"A pragmatic approach prevails, in which everyone prefers to keep their government position, with all the advantages that come with it." 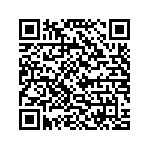