Spain has fined food delivery firm Glovo nearly 79 million euros and forced it to give labour contracts to over 10,000 riders in the country, the government said Wednesday.. Labour Minister Yolanda Diaz said Glovo had violated a 2021 law requiring riders for food delivery platforms be employees signed to formal labour contracts, not freelancers.

Spain has fined food delivery firm Glovo nearly 79 million euros and forced it to give labour contracts to over 10,000 riders in the country, the government said Wednesday.

"The full weight of the law will fall on the company," Diaz told reporters as she announced the sanctions against Glovo.

She accused Glovo of "violating fundamental workers' rights" and "obstructing the work of labour inspectors".

"As a result we have taken action against this company by granting official status to over 10,600 workers" and slapped it with a "very high fine of nearly 79 million euros", Diaz added.

Glovo said in a statement it would appeal against the government's "unilateral" decision.

Under the so-called "Rider Law" that came into effect in August 2021, couriers who deliver food, mostly on bicycles and motorcycles, must be recognised as employees instead of being considered self-employed freelancers as before.

It is the first European legislation that explicitly regulates the status of delivery workers, who get around on bikes and motorcycles and whose numbers have exploded in recent years, despite precarious working conditions.

This means app-based food delivery firms have to pay employee contributions for benefits like sick leave and protections against dismissal.

Shortly after the law came into effect, London-based food delivery firm Deliveroo announced it was pulling out of Spain.

The European Commission in December introduced a proposal on platform work, which would bring in EU-wide criteria to determine whether a gig worker should be considered an employee.

The proposal still must be approved by EU member states and the European parliament. 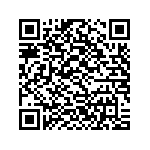 White House says concerned about recession but US economy strong