The European Union is facing a tough balancing act over how to deal with Russians fleeing military mobilisation, as some countries look to block entry and others offer possible refuge.. "Many Russians who now flee Russia because of mobilisation were fine with killing Ukrainians.

The European Union is facing a tough balancing act over how to deal with Russians fleeing military mobilisation, as some countries look to block entry and others offer possible refuge.

President Vladimir Putin's order on Wednesday calling up hundreds of thousands to fight in Ukraine appeared to send droves of Russian men scrambling for the exit in a bid to avoid going to the front lines.

Flights to countries granting visa-free entry to Russians, mainly neighbouring former Soviet republics, were nearly entirely booked up despite rocketing prices, and queues were reported at some borders.

So far, the numbers coming to the EU seem modest as the bloc had already curtailed travel from Russia by banning direct flights and toughening up visa rules in the wake of the invasion of Ukraine.

Finland -- the only member that had kept its land border open with Moscow -- reported that arrivals from Russia doubled to 6,470 the day after Putin's announcement.

But despite the small scale, the issue is stirring debate in Brussels as EU members adopt starkly differing approaches to Russians looking to escape the fighting.

The Baltic states and Poland -- which had already gone further than others in the EU by drastically restricting entry for Russians with visas -- are leading those taking a hawkish line.

"Many Russians who now flee Russia because of mobilisation were fine with killing Ukrainians. They did not protest then," Latvia's foreign minister, Edgars Rinkevics, wrote on Twitter. 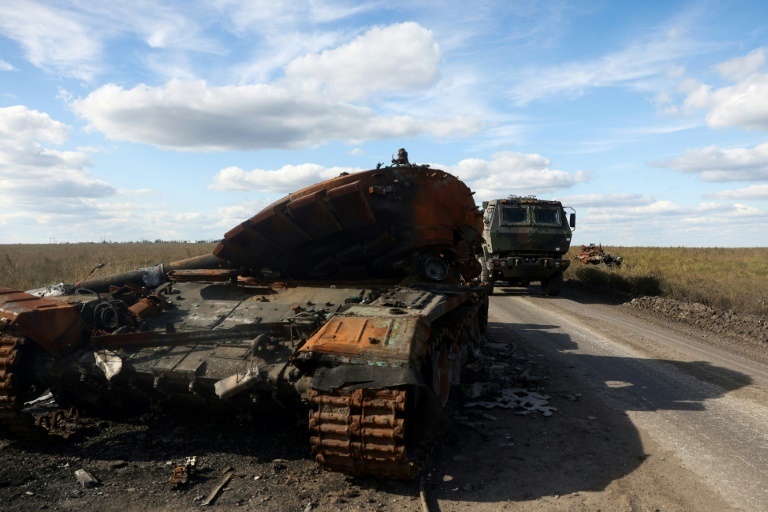 "There are considerable security risks admitting them and plenty of countries outside EU to go (to)."

"That would be fundamentally contradictory to the aim of all our sanctions so far, which is the collective responsibility of Russian citizens," he said.

Finland on Friday signalled that it was taking the same track by announcing it would "significantly restrict the entry of Russian citizens" after the uptick in arrivals that followed Putin's decree.

At the other end of the spectrum, Germany signalled on Thursday that it may be ready to take in Russians fleeing conscription.

"Anyone who courageously opposes Putin's regime, and thereby falls into great danger, can file for asylum on grounds of political persecution," she said. 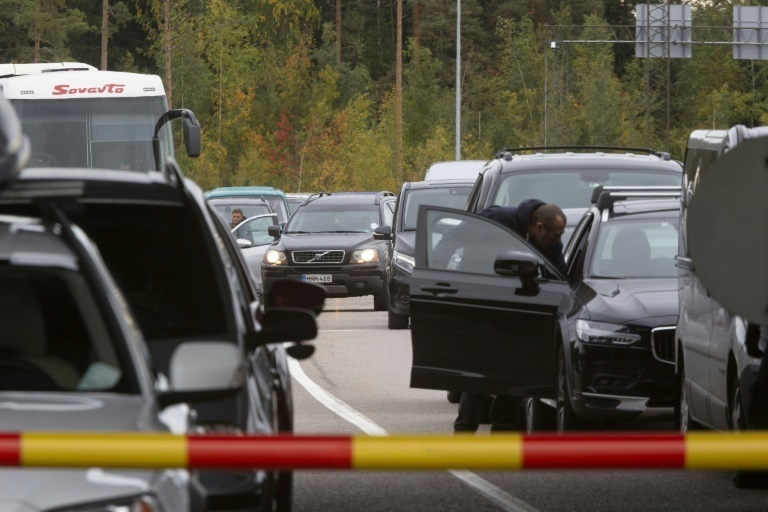 The European Commission, the EU's executive arm, said on Friday that it was "monitoring" the situation, amid calls for the bloc to issue guidelines to its 27 member states over how to tackle any arrivals.

EU ambassadors are set to be briefed on the issue at an urgent meeting on Ukraine on September 26.

The EU struck a landmark agreement in March to open its doors to millions of Ukrainians -- mainly woman, children and elderly people -- fleeing the Russian invasion.

But there is far less sympathy for the Russians -- mainly young men -- who could now seek a way out, even if some argue that not giving them an escape route will end up bolstering Putin's war machine.

European diplomats warn that coming up with a common approach will be tough and the Commission appears reluctant to get involved unless the number of arrivals shoots up. 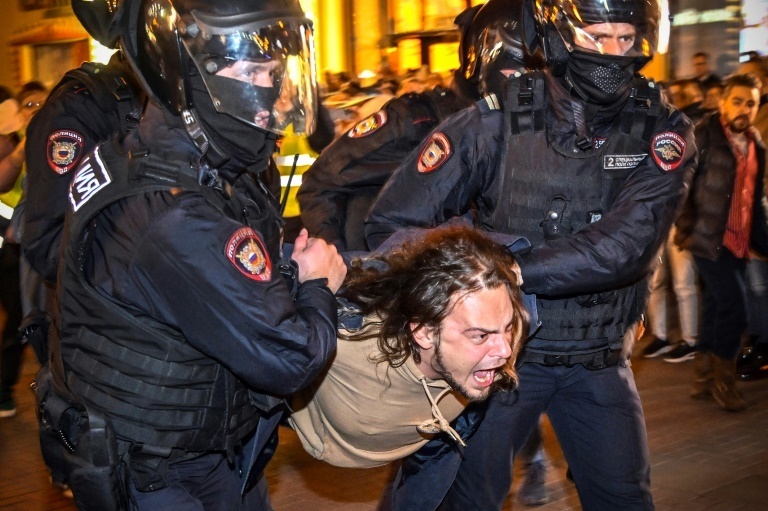 Immigration is a notoriously thorny theme in Brussels and EU nations fiercely guard their prerogative over the subject.

European law guarantees a right to claim asylum for people arriving in the bloc. But that is not automatically granted, especially if there is a security risk.

"This is an unprecedented situation," EU spokeswoman Anitta Hipper said.

When we look at the situation at the moment in terms of security, we need to take these geopolitical concerns into account and the risks to our security as well." 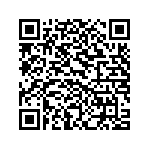 Putin calls up reservists, warns Russia will use 'all means' for defence

After six months of war, what's next for Ukraine?