Voting on whether Russia should annex Kremlin-controlled regions of Ukraine opened Friday as the West denounced the referendum that has dramatically raised the stakes of Moscow's seven-month invasion.. Earlier this month, Ukrainian forces seized back most of the north-eastern Kharkiv region in a huge counter-offensive that has seen Kyiv retake hundreds of settlements that had been under Russian control for months.

Voting on whether Russia should annex Kremlin-controlled regions of Ukraine opened Friday as the West denounced the referendum that has dramatically raised the stakes of Moscow's seven-month invasion.

As polling got underway, Ukrainian forces said they were clawing back territory from the Moscow-backed separatists, contesting territory the Kremlin seeks to control.

The votes in four regions are the latest shock development in a ferocious war that UN investigators said had seen violence -- like executions and torture -- that amounted to war crimes.

The referendums in the eastern Donetsk and Lugansk regions, as well as in the southern Kherson and Zaporizhzhia regions have been dismissed as a "sham" by Kyiv's Western allies.

And even diplomats from Russia's closest ally since the war began, Beijing, told Ukraine that the "sovereignty and territorial integrity of all countries must be respected".

Authorities in the Russian-controlled regions are going door-to-door for four days to collect votes. Polling stations then open Tuesday for residents to cast ballots on the final day of voting.

It was also possible to vote at the building in Moscow that represents the Donetsk breakaway region. 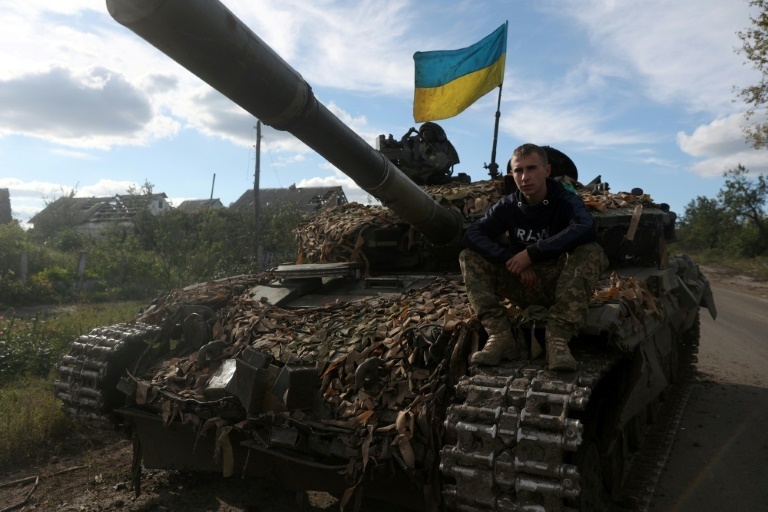 "Ultimately, things are moving towards the restoration of the Soviet Union. The referendum is one step towards this," he said.

Earlier this month, Ukrainian forces seized back most of the north-eastern Kharkiv region in a huge counter-offensive that has seen Kyiv retake hundreds of settlements that had been under Russian control for months.

On Friday, Russian news agency TASS showed officials in Donetsk alerting residents to the polls by loudspeaker, surrounding one local as he voted.

Denis Pushilin, a pro-Russian separatist leader in the Donetsk region -- part of the industrial Donbas region -- said on Telegram that "Donbas is Russia".

Kyiv said Friday its forces had recaptured a village in the Donetsk region and taken back positions south of the war-scarred town of Bakhmut.

The four regions' integration into Russia -- which for most observers is a foregone conclusion -- would represent a major escalation of the conflict. 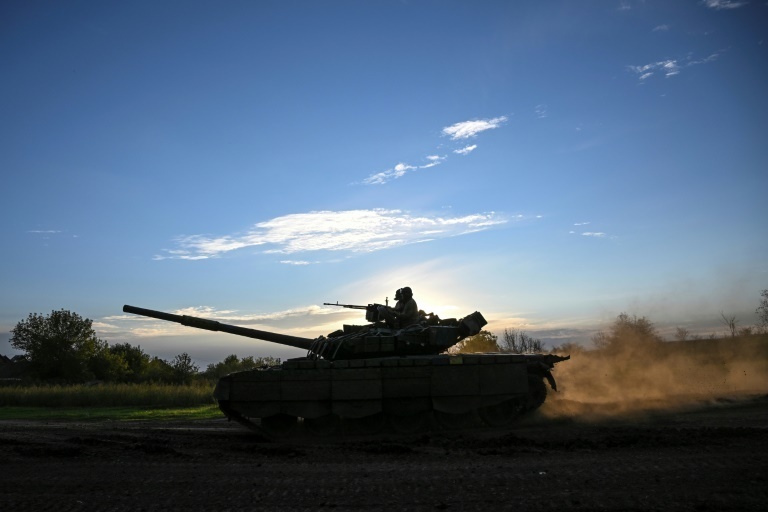 "We cannot -- we will not -- allow (Russian President Vladimir) Putin to get away with it," US Secretary of State Antony Blinken told the UN Security Council on Thursday, condemning the referendums as a "sham".

The referendums are reminiscent of Russia's annexation of Ukraine's Crimea in 2014. Western capitals maintain that a similar vote then was fraudulent and hit Moscow with sanctions. 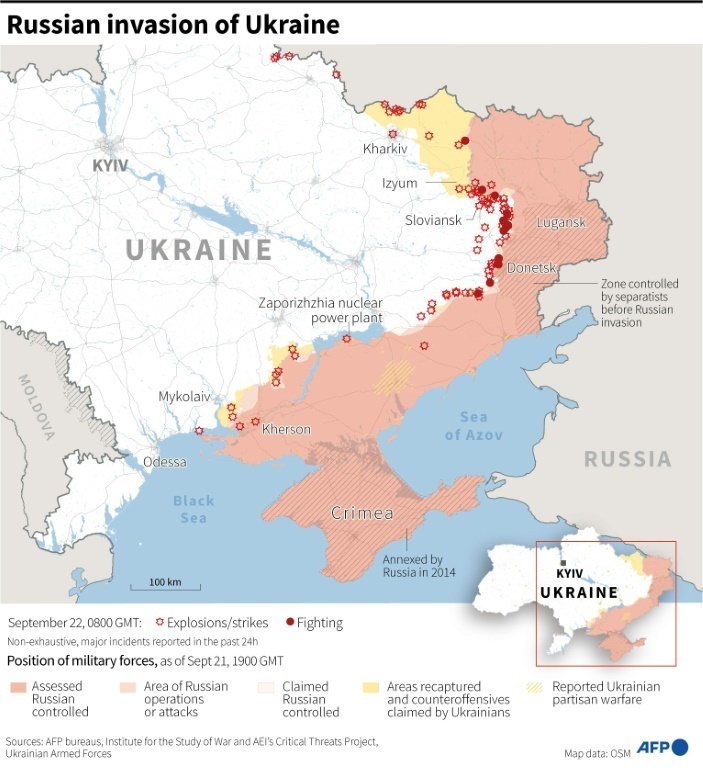 In Donetsk and Lugansk -- which Putin already recognised as independent before invading Ukraine in February -- residents are answering if they support their "republic's entry into Russia", TASS reported.

Russian news agencies reported voting began on Friday at 0500 GMT while TASS reported paper ballots would be used to save time.

Ukrainian President Volodymyr Zelensky denounced the referendums as a "farce".

Chinese Foreign Minister Wang Yi meanwhile met his Ukrainian counterpart Dmytro Kuleba at the UN and told him the "sovereignty and territorial integrity of all countries must be respected," the ministry in Beijing said in a statement.

Erik Mose, who has led a team of investigators set up in March, said they were "struck by the large number of executions". 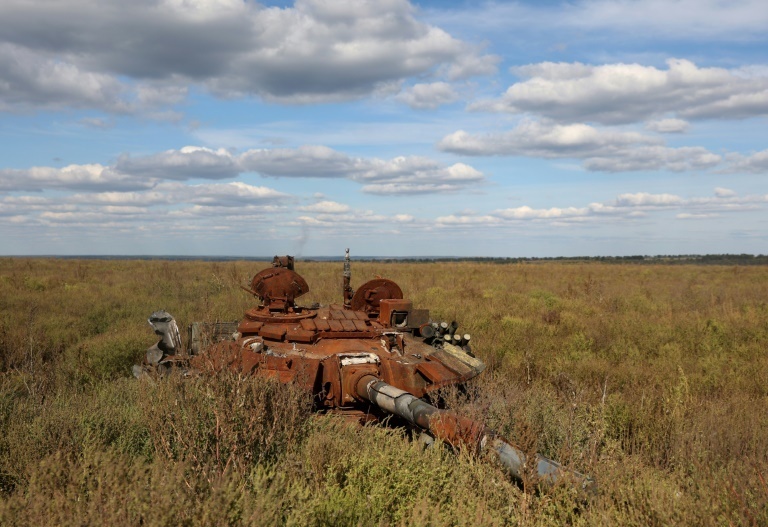 Putin said Moscow would use "all means" to protect its territory -- which former Russian leader Dmitry Medvedev said on social media could include the use of "strategic nuclear weapons".

Moscow began its mandatory troop call-up on Thursday after Putin called for about 300,000 reservists to bolster the war effort.

But men were leaving Russia in droves before they were made to join, with flights to neighbouring countries booked up for days to come.

Some have not been able to avoid the summons.

Mikhail Suetin, 29, was among those detained at an anti-mobilisation protest in Moscow this week and was handed a summons to appear at a recruitment office.

"To be told 'tomorrow you will go to war'... that was a surprise," 29-year-old Suetin, who regularly joins opposition protests in Moscow, told AFP. 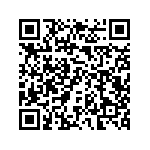