Cubans on Sunday will vote in a landmark referendum on whether to legalize same-sex marriage and adoption, allow surrogate pregnancies and give greater rights to non-biological parents.

The new family code, promoted by the communist government, would represent a major shift in Cuba, where the culture of machismo is strong and where the LGBTQ community was ostracized by authorities in the 1960s and 1970s.

More than eight million Cubans over 16 are invited to vote "Yes" or "No" amid the country's worst economic crisis in 30 years, and experts say the referendum could turn into an opportunity to voice opposition against the government.

If approved, the new family code would replace a law in effect since 1975 and define marriage as the union between two people, rather than that of a man and a woman. 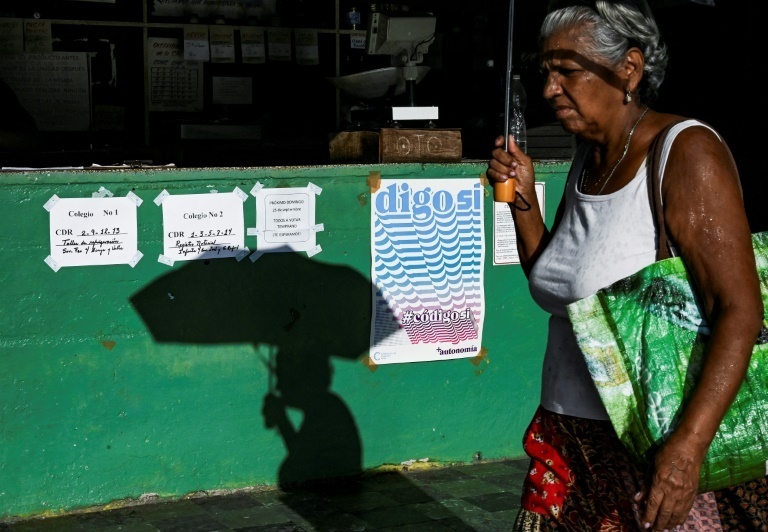 It would also permit surrogate pregnancies, as long as no money changes hands, while boosting children's rights and those of the elderly and people with disabilities.

"The family code sets out above all respect for human beings, respect for each (person) and everyone," said President Miguel Diaz-Canel.

The official attitude toward homosexuality has changed significantly over the past 20 years, and the government has put much effort into the "Yes" campaign on television and social media.

In 2019, the government sought to include same-sex marriage rights in the country's new constitution but balked after criticism from the Catholic and Evangelical Churches.

The Conference of Bishops recently reiterated its opposition to some of the key provisions of the new code, such as allowing surrogate pregnancies.

"It is unethical... when a woman who has carried a baby in her womb for nine months must hand it over to others straight after birth," the bishops said.

"I'm Christian, I have other ideas, I don't accept this," she said.

Between February and April, a vast public debate took place across Cuba, with more than 79,000 neighborhood meetings held to discuss the new family rights.

That resulted in more than half the original text being modified, according to official media.

Still, political scientist Rafael Hernandez calls it the "most important human rights legislation" in Cuba since the 1959 revolution.

The law would be one of the most progressive in Latin America, where same-sex marriage is only legal in eight other countries: Argentina, Brazil, Colombia, Ecuador, Costa Rica, Chile, Uruguay and some Mexican states.

But experts also say the sheer size of the code -- it contains some 500 articles -- could work against it.

Some Cubans, for example, have expressed support for same-sex marriage but oppose surrogate pregnancies.

"I still haven't decided because there are some things I consider good and many others I don't consider good," said Airam Zulueta, a restaurant owner.

Six decades after the revolution, Cuba is experiencing its worst economic crisis in 30 years, fueled by ramped-up US sanctions and a tourism collapse due to the coronavirus pandemic.

Many Cubans are struggling to access medicine, electricity, fuel and basic foodstuffs amid critical import shortages and staggering inflation.

Hundreds were detained and jailed, but crackdown has not stopped repeated demonstrations in recent months in a country notoriously intolerant of dissent.

Many voters could use this occasion to express disapproval of the government, experts have said.

"There are many other subjects that are more important than the family code, like the fact there is no food, that many people are hungry," concierge Julio Cesar Vazquez told AFP.

Dissidents and the banned opposition, short of other means to express themselves, have called on citizens to reject the new code or to abstain from voting.

The law needs more than 50 percent of the vote to be adopted.