Christos Charalambous might be 79 but he is several metres up a carob tree, harvesting a fruit known as "black gold" on the island of Cyprus as his grandson works below.. "Carob has been known as the black gold of Cyprus because many farmers used to have carob... it was the main occupation of the villagers," said Stavros Glafkou Charalambous, from the Cooperative Carob Marketing Federation.

Christos Charalambous might be 79 but he is several metres up a carob tree, harvesting a fruit known as "black gold" on the island of Cyprus as his grandson works below.

For some, carob has long been relegated to the status of a less appealing substitute for chocolate.

But in Cyprus, its thick brown pods are also eaten raw or ground up to make sweet syrups, spreads, toffees, drinks and as a sweetener, while its seeds have industrial uses.

"It's one of the fruits that you use up entirely," Charalambous said from his field in Asgata.

Branches rustle and sway as he and his grandson, Theophanis Christou, 20, hit the pods loose with long sticks, sending carob raining to the ground. 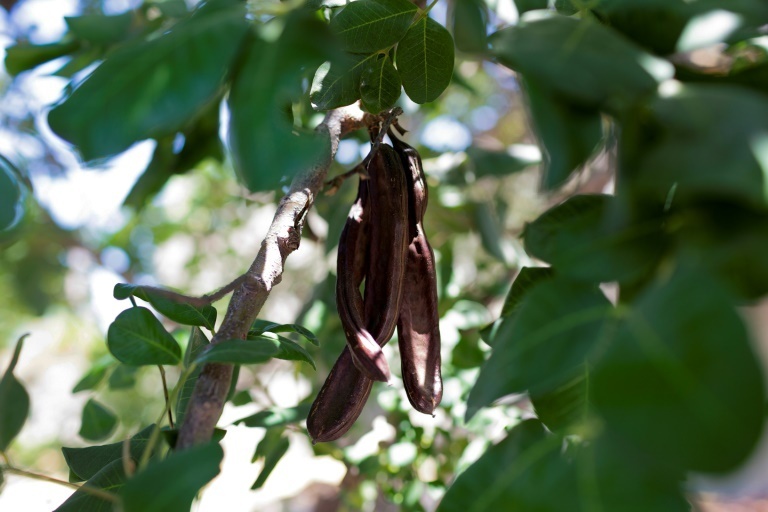 The pair have been working for about three weeks in the late summer heat, collecting about three tonnes of carob by early September.

Christou, a shipping and finance student, is keen to join in his grandfather's labours.

It's "hard to do", Christou said, but it's "work that can keep the family together".

In the nearby coastal village Zygi, individual growers bring bulging sacks of pods into a carob mill.

Zygi "started as a carob village" and its name refers to the weigh scale used for the fruit, said community representative Christos Konstantinou. 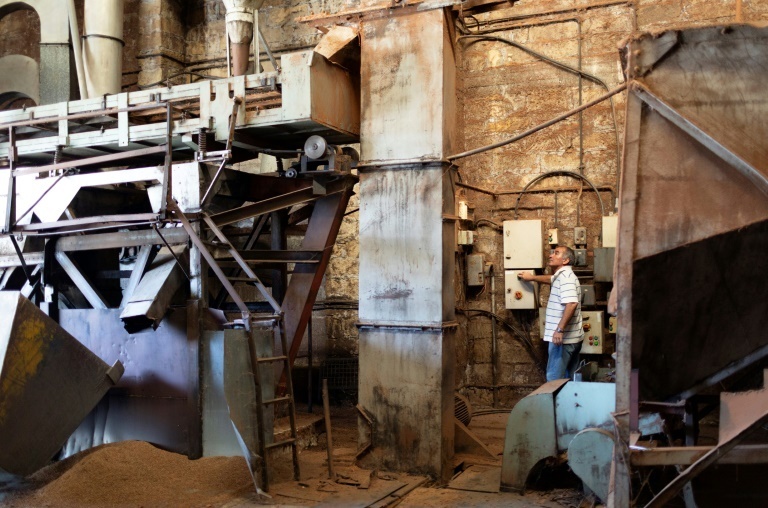 In Zygi and elsewhere across the eastern Mediterranean island where the carob tree is native, disused or repurposed carob facilities are reminders of the industry's heyday last century.

"Carob has been known as the black gold of Cyprus because many farmers used to have carob... it was the main occupation of the villagers," said Stavros Glafkou Charalambous, from the Cooperative Carob Marketing Federation.

The federation, which runs the Zygi mill and other facilities, said it works with around 1,500-2,000 small producers, most of them harvesting carob for "extra income".

George Pattichis, 75, from Vavla, said he has been coming to the Zygi mill for more than half a century.

The former forester said some of his carob trees were planted by his grandfather.

"I am the last generation -- my children have other jobs," said Pattichis.

In 2019, when the growers' price was around 35 euro cents (now 34 US cents) per kilogram, carob represented less than 1.5 percent of the Republic of Cyprus's crop production value, according to statistics provided by the agriculture ministry.

This year, carob farmers told AFP the price was nearing one euro per kilogram (2.2 pounds).

"I will sell to whoever offers me the best price," said Anastasis Daniel, 65, in Choirokoitia village.

Bags of harvested carob were stacked by his house ready for the mill, though he said he would also keep some for animal feed. 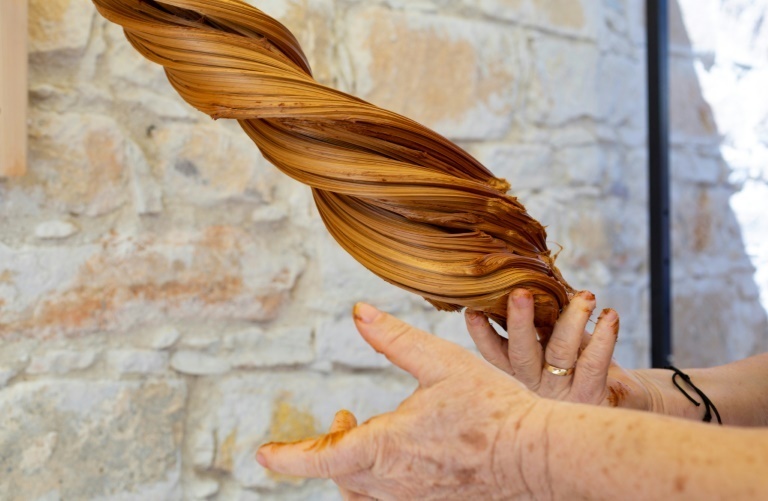 Cypriot carob pod and seed exports were worth almost eight million euros last year, according to the official statistics. Egypt was the biggest taker of the pods fit for human consumption, and Italy of the seeds.

Cyprus had been ranked as the world's third-biggest producer of carob in the 1960s, Agriculture Minister Costas Kadis told AFP.

Production then declined, he said, "but now it is increasing again".

Carob "is very important for Cyprus because it needs little insecticides, fertilisers and water -- and this is important when we talk about climate change," the minister said.

Researcher Kyriacou said carob was "a very drought-resistant tree species" that has been used as a crop in Cyprus "for at least the past 3,000 years". 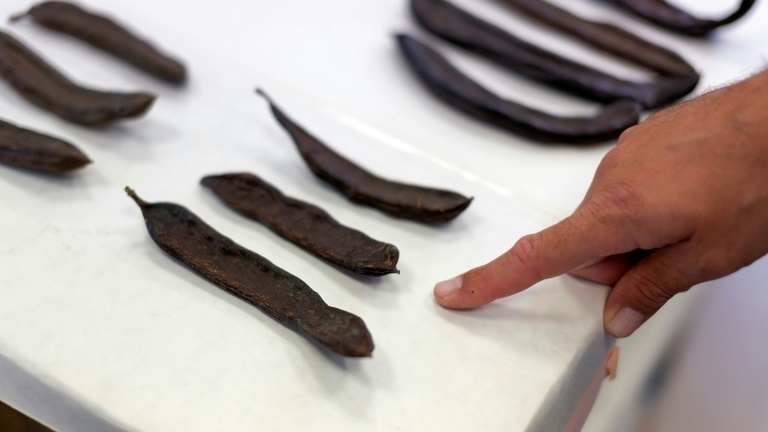 "The carob pod is rich in sugars" and dietary fibres, Kyriacou said. It also contains a "rare type of sugar-alcohol" that is "recognised as an anti-diabetic agent", he said, noting this was "of interest for further clinical research".

Kyriacou and his team have been studying genetic and other variations in Cypriot carob.

They say their work could be crucial if Cyprus decides to ramp up production and processing.

But for now, both often remain a low-scale affair.

At a festival in Anogyra, where stalls sold everything from carob sweets to ice cream, Andreas Andreou from Polyxenis Carob Products said carob syrup was his family firm's most popular product.

Despoula Georgiou, 61, demonstrated how to make pasteli -- a kind of carob toffee that her village is known for. 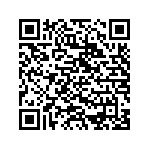 Cyprus drivers fill up in breakaway north as prices soar

Cyprus row over threat to dig up protected turtle nests