Pharoah Sanders, one of the most wildly inventive figures in jazz who wrestled his saxophone to its limits and felt equally at home in Indian and African music, died Saturday.. Sanders, accustomed to the sharing of energy within jazz bands, described Indian musicians as achieving "pure music."

Pharoah Sanders, one of the most wildly inventive figures in jazz who wrestled his saxophone to its limits and felt equally at home in Indian and African music, died Saturday. He was 81.

His record label, Luaka Bop, said he died peacefully around friends and family in Los Angeles.

"Always and forever the most beautiful human being, may he rest in peace," a label statement said.

Taking the open-mindedness of the free jazz movement to new heights, Sanders would virtually attack his saxophone by heavily overblowing on the mouthpiece -- of which he collected hundreds -- as well as biting the reed and even shouting into the bell of the instrument.

Sanders, a disciple of John Coltrane, who played aggressive solos on the jazz master's classic late-career "Live in Japan" album, was often seen as a sort of successor to the global-minded legend after Coltrane's sudden death in 1967.

Ornette Coleman -- arguably the most important pioneer of free jazz -- called Sanders "probably the best tenor player in the world."

But Sanders, who to a lesser extent played soprano and alto sax as well, also divided audiences and never reached quite the same commercial success as Coltrane, Coleman or other historic jazz innovators.

With solos that built from screeching and squawking to silky and melodic, Sanders was described as a godfather of spiritual or even cosmic jazz, although the reticent musician brushed aside labels.

His best-known works included "The Creator Has a Master Plan," a nearly 33-minute track off his "Karma" album on which Sanders sounds as if he is exorcising demons, before reaching back to a heavenly state.

Leon Thomas sings on the track, released in 1969 at the apex of counterculture, with the lines, "The creator has a master plan / Peace and happiness for every man."

"Upper Egypt and Lower Egypt," off Sanders' influential 1967 "Tauhid" album, builds off guitar twangs and a gentle xylophone paying tribute to African tradition as Sanders storms in with a saxophone that sounds like tortured howls.

- Seeing saxophone as self -

"I don't really see the horn anymore. I'm trying to see myself," he said in the liner notes to "Tauhid," his first album on the Impulse! label that put out Coltrane. 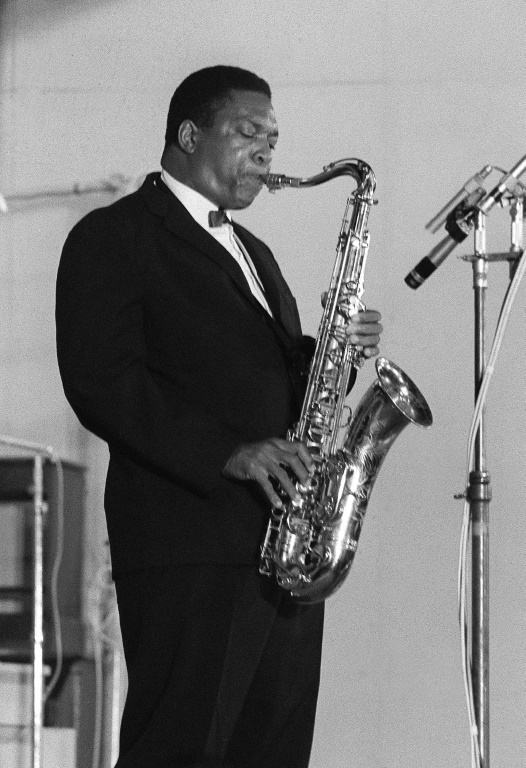 "And similarly, as to the sounds I get, it's not that I'm trying to scream on my horn, I'm just trying to put all my feelings into the horn," he said.

Farrell Sanders -- he changed his first name's spelling at the encouragement of futuristic jazz composer Sun Ra -- was born and raised in segregated Little Rock, Arkansas, where he played clarinet in a school band and explored jazz from touring artists.

He moved after high school to Oakland, California, where for the first time he enjoyed the freedom to attend racially mixed clubs and had a fateful first meeting with Coltrane as they shopped for mouthpieces.

He later headed to New York where he at times fell into homelessness, working as a cook and even selling his blood to survive.

He met Sun Ra while cooking at a Greenwich Village club. Discovering his musical talent, Sun Ra and Coltrane enlisted Sanders as a band member, with Sanders coming into his own as a band leader after Coltrane's death.

Describing his style in a 1996 interview with the San Francisco Chronicle, Sanders said: "I have a dark sound; a lot of the younger guys have a bright sound, but I like a dark sound with more roundness, more depth and feeling in it," he said.

Sanders -- distinctive in his later years for his long white beard and fez cap -- dabbled in pop music, starting with 1971's "Thembi," named after his wife.

But his mainstream direction was brief and he often found more musical kinship outside the United States. On 1969's "Jewels of Thought," Sanders explored mysticism from across Africa, opening with a Sufi meditation for peace.

Decades later on "The Trance of Seven Colors," Sanders collaborated with Mahmoud Guinia, the Moroccan master of the spiritual gnawa music and of the guembri lute.

Sanders' 1996 album "Message from Home" delved into the influences of sub-Saharan Africa including highlife, the pop mix of Western and traditional music that originated in Ghana. 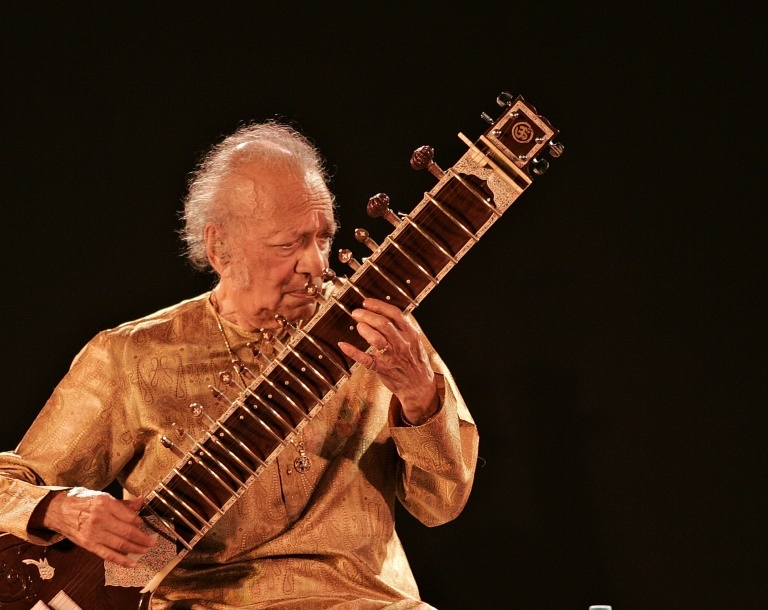 He also explored Indian form with his collaborations with Alice Coltrane, the jazz master's second wife, who became a yogi.

Sanders voiced the most admiration for Indian musicians, including Bismillah Khan, who brought a wider audience to the shehnai, a type of oboe played frequently at processions on the subcontinent, and Ravi Shankar, who made the sitar international.

"Nobody is trying to cut each other's throat. There's no ego," he told the San Francisco Chronicle.

Describing his own music, he said: "I want to take the audience on a spiritual journey; I want to stir them up, excite them. Then I bring them back with a calming feeling." Andersonation Leads The Music Industry In The US And Overseas