Protests spreading in China have been catalysed by fury at the government's hardline zero-Covid policies but have also exposed deep-rooted frustration against the country's wider political system.. "What is very intriguing about these protests is how single-issue focus on #covidlockdown quickly transpired into wider political issues," she said.

Protests spreading in China have been catalysed by fury at the government's hardline zero-Covid policies but have also exposed deep-rooted frustration against the country's wider political system.

People took to the streets across China on Sunday to call for an end to lockdowns and for greater political freedoms, in a wave of widespread protest not seen since pro-democracy rallies in 1989.

China remains the only major economy with a strict zero-Covid policy, with local authorities clamping down on even small outbreaks with strict lockdowns, mass testing campaigns, and lengthy quarantines.

While many had expected the policy to be relaxed after the ruling Communist Party's five-yearly congress last month, Beijing instead doubled down. That fuelled the public rage now playing out on the streets of some of China's biggest cities.

"People have now reached a boiling point because there has been no clear path to end the zero-Covid policy," Alfred Wu Muluan, a Chinese politics expert at the National University of Singapore (NUS), told AFP.

Yasheng Huang, a professor at MIT, said on Twitter the party's new top leadership comprised of Xi Jinping loyalists was committed to zero-Covid.

"Before the 20th Congress there was hope of policy change, but the leadership lineup of the Congress completely derailed this expectation, forcing people to take actions into their own hands," Huang said.

Anger over Covid lockdowns has also transformed into calls for broader political change, with some in Shanghai early on Sunday even chanting "Xi Jinping, step down! CCP, step down!"

Students protesting at Beijing's elite Tsinghua University on Sunday chanted "democracy and the rule of law, freedom of expression".

And demonstrators in Beijing on Sunday night shouted slogans demanding "freedom of art" and "freedom to write!"

Demonstrators across China have also held up blank sheets of paper symbolising censorship.

"I don't recall public protests directly calling for press freedom in the past two decades," political scientist Maria Repnikova said in a tweet.

"What is very intriguing about these protests is how single-issue focus on #covidlockdown quickly transpired into wider political issues," she said.

Largely young and social media savvy, protesters have organised on the web and used canny tricks to protest against state censorship -- from holding up blank papers to online articles consisting of nonsense combinations of "positive" words to draw attention to the lack of free speech.

"The protesters are very young, and anger from the bottom is very, very strong," the NUS's Wu said.

What will particularly spook the party's leadership, analysts said, is the protesters' rage at China's top brass. This, they argue, is unprecedented since the pro-democracy rallies in 1989 that were ruthlessly crushed.

"In terms of both the scale and intensity, this is the single largest protest by young people in China since the student movement in 1989," Willy Wo-Lap Lam, Senior Fellow at The Jamestown Foundation, told AFP.

"In 1989, students were very careful not to attack the party leadership by name. This time they have been very specific (about wanting a) change in leadership."

The scope of the protests -- from elite universities in Beijing to central Chinese cities such as Wuhan and Chengdu -- is notable, Lam said.

Other analysts cautioned against comparisons to the bloody events of 1989.

"There may not be overarching demand for political reform beyond ending zero-Covid," Chenchen Zhang, an assistant professor at Durham University, tweeted. "The urban youth today grew up with economic growth, social media, globalised popular culture."

"The past should not limit our imagination."

Rare public protests in China are typically focused on local officials and firms, with Beijing "cast in a benevolent light to come in and rescue people from local corruption", said one expert.

"In these protests, the central government is now being targeted because people understand that zero-Covid is a central policy," Mary Gallagher, Director of the Center for Chinese Studies at the University of Michigan, told AFP.

Experts were divided on whether Beijing will respond with the carrot or the stick.

"Anger is very strong, but you can't arrest everyone," Wu said.

Peter Frankopan, Professor of Global History at Oxford University, described the role of police as delicate.

"There will be considerable sympathy, especially with younger officers, for the protesters. So giving the order to crackdown brings risks too," he told AFP.

The leadership will likely be forced to confront the unrest publicly.

"Xi or other top-level leaders will have to come out sooner or later. If not, there is a risk that the protests would continue later," Lam said.

With the protests entering their third day, experts said it was likely the rallies would continue.

"It seems to me that the discontent is rising, rather than falling," Frankopan said. 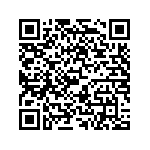 Biden monitoring China Covid unrest as US rallies pop up