The threat of South African President Cyril Ramaphosa's immediate exit from office over a cash-in-sofas scandal has temporarily faded after his party vowed to rally around him at next week's impeachment vote, but his woes are far from over.. Ruling African National Congress (ANC) party lawmakers vowed to close ranks around him at an impeachment vote in parliament next week, but Ramaphosa remains embroiled in the worst scandal of his career that could yet bring him down.

The threat of South African President Cyril Ramaphosa's immediate exit from office over a cash-in-sofas scandal has temporarily faded after his party vowed to rally around him at next week's impeachment vote, but his woes are far from over.

The next days are critical for the head of state who has been championed as a graft-busting saviour after the corruption-drenched tenure of predecessor Jacob Zuma.

Ruling African National Congress (ANC) party lawmakers vowed to close ranks around him at an impeachment vote in parliament next week, but Ramaphosa remains embroiled in the worst scandal of his career that could yet bring him down.

After a tumultuous week following a report by a parliament-sanctioned independent panel which found that he "may have committed" serious violations and misconduct, Ramaphosa appeared to have earned a respite.

The parliament sitting to vote on whether he should face impeachment, initially slated for Tuesday, was at the 11th hour pushed back by a week, prolonging the uncertainty around Ramaphosa's future.

That vote will come just three days before the ANC meets for its five-yearly conference to elect a new president. Ramaphosa is the leading candidate of the two nominees named so far for the party leadership.

But that is no guarantee he will be re-elected, or serve out his full state presidential term which should run until April 2024.

ANC members facing criminal allegations or charges are expected to step aside.

Ramaphosa is not charged yet over the scandal dubbed "Phala Phala farm-gate", after the name of the estate in northeastern South Africa.

That gives him room to still try his luck and contest the ANC leadership -- a ticket to the national presidency.

"The step-aside rule doesn't apply here, Cyril Ramaphosa is not charged with anything," lawyer and ANC veteran Mathews Phosa told eNCA news at the weekend.

But scandals do not necessarily decide the fate of an ANC president and the party throughout its nearly three decades in power has exhibited a tendency to protect its own people.

Formerly a wealthy businessman, the president may follow the footsteps of two of his predecessors, Zuma and Thabo Mbeki, who did not complete their tenures and were forced out by the ANC.

"The presidency of Ramaphosa is going to be short," said Swana, but "his chances of leaving in a dignified manner are minimal".

The 70-year-old president found himself in hot water in June when South Africa's former spy boss filed a complaint to the police alleging Ramaphosa had concealed a huge cash theft from his game and rare cattle farm in 2020.

He accused the president of having organised for the burglars to be kidnapped and bribed into silence.

Ramaphosa has denied any wrongdoing, saying the cash -- more than half a million dollars, stashed beneath sofa cushions -- was payment for buffaloes bought by a Sudanese businessman.

But his explanations did not convince the special panel, which raised questions about the source of the cash.

On Monday Ramaphosa rushed to the country's top court asking it to annul the panel's report, but it is uncertain if his request will be granted.

The Constitutional Court case, which may take days or weeks to be concluded, "does not in itself stop the parliamentary (impeachment) proceedings from continuing", said public law professor at the University of Cape Town Cathy Powell.

If the impeachment process is greenlighted it will take months of investigations and hearings before the final vote.

"The problem with this one is that it doesn't seem to be completely frivolous," the question whether it is serious enough to be fired for, said Powell.

When lawmakers meet next week a simple majority in the National Assembly, where the ANC has 230 out of 400 seats, will be required to initiate the impeachment process.

The impeachment vote itself would need a two-thirds majority to succeed.

If the impeachment proceedings go ahead, Ramaphosa risks being the first South African leader to be formally removed from office by parliament, said Swana.

The scandal has preoccupied South Africans who are already battling economic hardships, the inadequate provision of basic services such as electricity and a dizzying rate of unemployment. 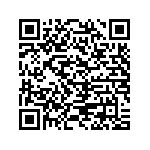