Britain's economy unexpectedly grew in November as consumers splurged during the World Cup, official data showed Friday, but analysts warned that it remains on course for recession due to the cost-of-living crisis.. Germany's economy, which is also expected to go into a recession this year, avoided a contraction late last year, with data Friday showing it stagnated in the fourth quarter.

Britain's economy unexpectedly grew in November as consumers splurged during the World Cup, official data showed Friday, but analysts warned that it remains on course for recession due to the cost-of-living crisis.

Despite a series of strikes, gross domestic product grew by a slight 0.1 percent in the month, aided by services, the Office for National Statistics (ONS) said in a statement.

Yet the economy slowed from a 0.5-percent expansion in October following a drop in September, when many businesses closed for the funeral of Queen Elizabeth II.

Britain, like many other nations, is plagued by runaway consumer prices with UK inflation at 10.7 percent -- the highest for about 40 years.

Britons splashed cash while watching the football World Cup, which was held in Qatar and began on November 20.

"The economy grew a little in November, with increases in telecommunications and computer programming helping to push the economy forward," said ONS director of economic statistics Darren Morgan.

"Pubs and bars also did well as people went out to watch World Cup games.

"This was partially offset by further falls in some manufacturing industries ... as well as falls in transport and postal, partially due to the impact of strikes."

"Over the last three months ... the economy still shrank -- mainly due to the impact of the extra bank holiday for the funeral of Her Majesty Queen Elizabeth in September," Morgan noted.

The Bank of England and the UK government believe the economy has already entered recession on fallout from sky-high inflation.

GDP had already contracted by 0.3 percent in the third quarter, or three months to September.

A fourth-quarter decline would place Britain in a technical recession.

Germany's economy, which is also expected to go into a recession this year, avoided a contraction late last year, with data Friday showing it stagnated in the fourth quarter.

"On a three-monthly basis, the UK still shrank, and a 0.1-percent gain on a monthly basis smells heavily of stagnation, rather than real growth," warned analyst Sophie Lund-Yates at stockbroker Hargreaves Lansdown.

"The idea that the UK will formally enter a recession soon is still very much a likelihood.

"The boost in November could stem from extra spending in the economy in the run up to Christmas, and there's real risk now that consumers are going to tighten their belts."

"The question for the government now is not whether we will fall into recession, but how long and deep the recession will be."

Inflation has surged on rocketing energy bills caused by key producer Russia's invasion of Ukraine, as well as supply constraints following the lifting of Covid lockdowns and Brexit fallout.

The Conservative government of Prime Minister Rishi Sunak is currently partially subsidising energy bills in a bid to cushion the impact.

In recent months, however, strikes have multiplied across the economy -- including by hospital, railway and postal workers -- in protest over pay that has failed to keep pace with runaway prices.

Ambulance drivers and paramedics staged another walkout on Wednesday, prompting warnings of serious risk to the public. 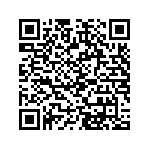