Minswap, the community-focused decentralized exchange (DEX) being built natively on the Cardano blockchain, announced the official date for the launch of their upcoming public testnet on January 25.

Minswap, the community-focused decentralized exchange (DEX) being built natively on the Cardano blockchain, announced the official date for the launch of their upcoming public testnet named “The Laminar Flight Test mission“ which will launch on the 25th of January.

The purpose of this testnet is to identify bugs and it’s an important step that allows the team to get more feedback about the user experience and test the first phase of “LAMINAR” Minswap’s solution to concurrency, which allows accounting-style smart contracts to execute several transactions multiple times in one block.

In the previous months, the Minswap Team has made efforts towards optimizing the transaction size of their smart contracts, thus achieving significant throughput. A recent load test the team conducted on the public testnet resulted in 12 swaps per batch transaction and 4 batches (48 swaps) per block. This would equate to 144 swaps (or transactions) per minute meaning 2.4 swaps per second.

Minswap Team announced that they have integrated with Nami’s dApp connector and the team is working to integrate in testnet the following 6 wallets: Typhon, GeroWallet, CardWallet, CCWallet, Flint, Yoroi. In addition, they have added a novel feature since the last testnet, namely Zap-In. It’s a novel feature that simplifies the process of providing liquidity for users who might only have one asset of the pair they want to provide.

The team is announcing that the external security audit of Minswap DEX’s Smart Contract has been started by Tweag which is a software innovation lab specializing in Haskell development that worked hand-in-hand with IOHK on the architecture and design of Cardano’s Smart Contract platform Plutus.

Minswap is a community-driven DEX in that it has no venture capital funding, making their tokens fairly distributed, and ensuring it’s the community of users that are maximally rewarded, not speculators and insiders. 78.5% of tokens will be distributed to the community, of which 70% are reserved to reward liquidity providers (LPs) through incentives.

For more information about Minswap:

You can follow Minswap on Medium and other channels below to keep up to date with the latest news!

The information provided in this release is not investment advice, financial advice or trading advice. It is recommended that you practice due diligence (including consultation with a professional financial advisor before investing or trading securities and cryptocurrency). 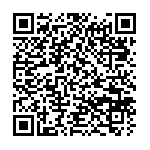