If you call the CEO of a big hospital and ask, ‘How many medical errors did you have last month, will they know?

New York City Medical malpractice lawyer Jonathan C. Reiter Law Office located in the Empire State building in New York City has started an education platform through his blog in English and Chinese to help provide quality information for people without access to education on legal complications regarding the law. Most legal blogs are either written by lawyers, making it difficult for the general public to understand, or done by lawyer marketing firms who are not as knowledgeable regarding the law. To overcome this challenge, Jonathan C. Reiter has created a campaign to educate the public on topics without offering his legal opinion.  For those desiring a legal opinion, please call his law firm. The reader can find great content on his Facebook and YouTube for the social media enthusiast who likes interactive content.

When you see a doctor or visit a hospital for treatment, you depend on medical professionals to keep you safe. The last thing you expect is to be injured or permanently hurt. Unfortunately, medical malpractice is a major problem in the U.S. healthcare industry, and it continues to get worse. Here are 10 facts about medical malpractice you should know.

Medical malpractice is the third most common cause of death in the United States. This fact means that 10 percent of all deaths in the U.S. are caused by medical malpractice. Tragically, many patient safety experts believe the number is actually much higher.

Patient safety experts at Johns Hopkins have found that medical malpractice kills more than 250,000 Americans every year. It’s important to note that some estimates put this number as high as 440,000 as many cases of medical malpractice go unreported.

According to a report from The BMJ, previously known as the British Medical Journal, “…a major limitation of the death certificate [in the United States] is that it relies on assigning an International Classification of Disease (ICD) code to the cause of death. As a result, causes of death not associated with an ICD code, such as human and system factors, are not captured.” This omission makes it difficult to get an accurate idea of just how many deaths are caused by medical mistakes. Some experts think the number of fatal medical errors could be significantly higher than current figures show.

One of the most distressing facts about medical malpractice is that it is usually preventable. Most hospitals build redundancy into their procedures. Meaning, for example, that more than one person must check a medication name before dispensing it, or that surgical techs must count and then recount sponges and tools to make sure they’re not left behind in a patient. Despite these procedures, human error still occurs. Unfortunately, patients suffer as a result.

If you search for stories about medical malpractice, you’re likely to find quite a few in which the patient had no idea he or she was injured, and their doctor knew it but declined to disclose it. As a result, the patient suffered with pain for years before discovering that a doctor’s mistake caused their condition. In the most devastating cases, a patient dies because a doctor failed to admit an error that could have been corrected if it had been timely diagnosed.

Falls Are a Common Medical Error

Because we often associate falls with an unpreventable mishap, we don’t often think of them as medical mistakes. However, falls are a leading cause of patient injury and death, and they top the list of most common medical errors. The Agency for Healthcare Research and Quality states that one-third of hospital falls are preventable.

Hospital-acquired infections take 75,000 lives each year. Annually, an additional 722,000 patients will develop an infection in the hospital, and many of them will require extensive treatment and antibiotic therapy. Many of these infections are preventable or can be effectively treated if they are diagnosed in a timely fashion.

Dr. Ashish Jha, director of the Harvard Global Health Institute and an advocate for patient safety, says that many hospitals don’t track medical errors and have no idea how often medical malpractice occurs in their facilities. Speaking to US News & World Report, in an article titled “Medical Errors Are Third Leading Cause of Death in the U.S.” Jha states, “If you called the CEO of a big hospital and asked, ‘How many medical errors did you have last month? How many falls? How many falls that resulted in serious injury?’ They won’t know.”

A ProPublica report described a “code of silence” in the physician community. In the report, doctors admitted they rarely speak up when they witness a fellow doctor making a mistake. Some doctors fear professional repercussions, such as being ostracized by other doctors. Other doctors say they depend on their colleagues for referrals and thus fear to point out another doctor’s error for fear of possibly losing future business. 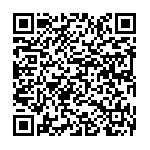 NY Doctor Was Supposed to Diagnose Me, or So I Thought?