You are here: Home Lifestyle 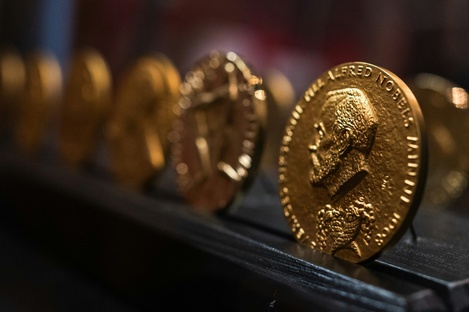 The Swedish Academy will on Thursday announce the 2022 winner of the often-criticised Nobel Literature Prize, with the award committee known for its penchant for spotlighting lesser-known writers over bestselling authors.. Unlike many other literary awards, there is no shortlist for the Nobel, and the nominations to the Academy and its deliberations are kept secret for 50 years.

Reforms to the way that societies collect and treat their waste could slash global emissions of planet-heating methane, a new report said Monday, noting that simple measures like composting were a climate solution "staring us in the face". . "Better waste management is a climate change solution staring us in the face," said report co-author Neil Tangri of GAIA.   "It doesn't require flashy or expensive new technology -- it's just about paying more attention to what we produce and consume, and how we deal with it when it is no longer needed."

The Paris Metro is phasing out cardboard tickets after 120 years, taking the capital's urban transit into a contactless future but leaving behind nostalgic fans who will miss the humble rectangular cards.. - 'Change their habits' - As a result, the share of card tickets used on urban trips has dropped from more than two-thirds a year ago to well under half now.

Hidden inside pristine forests in Chile's deep south, known as the end of the world, lie potential early warning signs of climate change.. - Moss and lichen on the move - At this latitude -- 55 degrees south -- climate change has an exponential effect on flora that react by seeking out low temperatures, said Rozzi, 61.

The biggest software upgrade in the short history of crypto has fulfilled its promise to wipe out more than 99 percent of the electricity used by the second-biggest cryptocurrency, experts have told AFP. That is no mean feat, given that the Ethereum blockchain was burning through about as much electricity as New Zealand.. Moritz Platt, a researcher specialising in crypto at King's College London, said the 99 percent estimates were realistic and heralded a positive step towards "cryptocurrency sustainability".

Twitter on Monday said a feature to edit tweets is being rolled out to those subscribing to its Blue service in Australia, Canada and New Zealand.. Users of Twitter Blue -- the subscription offering now available in the United States, Canada, Australia and New Zeeland-- "receive early access to features and help us test them before they come to Twitter," the company said.

From a spray-painted dress on Bella Hadid to a very muddy Kanye West and a surprise cameo by Cher, there were some viral moments at Paris Fashion Week, which concludes on Tuesday.. - Spray-canned Bella The most talked-about dress of the week came out of a nozzle.

While some may have been surprised that the Nobel Prize in Medicine was awarded to a paleogeneticist Monday, researchers say understanding our distant ancestors helps explain modern human health -- even when it comes to Covid.. "We must not forget that medicine is the exercise of keeping human beings in good health, so we must first understand biology," she told AFP. Paabo himself provided an example of this in 2020, when he showed that humans with a particular snippet of Neanderthal DNA have a higher risk of getting more serious symptoms from Covid-19.

French Prime Minister Elisabeth Borne said Monday that the country was "ready" for the winter despite gas shortages in Europe -- providing consumers made efforts to reduce their energy consumption.. "Whatever happens, we're ready for this winter.