You are here: Home Entertainment 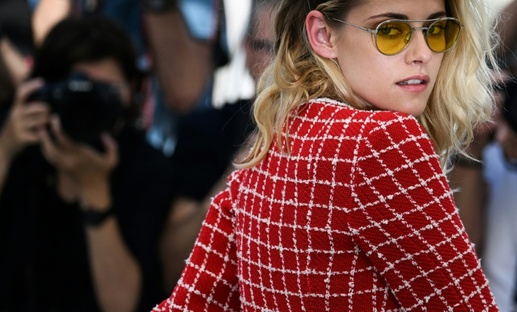 US actor Kristen Stewart will head up the jury in February at Berlin's international film festival, Europe's first major cinema showcase of the year, organisers said Friday.. The Berlinale, which will run February 16-26, ranks with Cannes and Venice among Europe's top three film festivals and serves as an early annual launchpad for the industry.

The days of gigantic personalities like John Galliano, Jean-Paul Gaultier and Karl Lagerfeld stomping their way around the fashion world are over.. When Lagerfeld passed away in 2019, his mantle passed to his right-hand man, who has quietly continued his work.

'My Kalashnikov is my pen': Ukraine artist wages war on Putin

Every day Russia wages war on Ukraine, Mykola Kovalenko makes an anti-war poster.. But despite the posters' success, he would rather not have to make any more and wants the war to end immediately.

Britain's media, the main focus of criticism so far in Netflix docuseries "Harry and Meghan", on Friday hit back at the estranged prince and his wife, accusing them of lying and insulting Queen Elizabeth II. The royal family was largely spared during the first three episodes of the show, which aired on Thursday, with the focus more on Harry's early life and his resentment towards the media, which he blames of the death of his mother Diana.. The left-wing Guardian newspaper was more supportive of the couple, and focused on Prince Harry's criticism that the royal family did not protect Meghan against racially charged reporting.

The Metropolitan Opera said Thursday that a cyberattack had prevented its website, box office and call center in NY from functioning.. Cyberattacks have plagued  companies and governmental offices in the US and elsewhere for years.

A woman with cerebral palsy who claims she was raped as a teenager by Backstreet Boys star Nick Carter lodged a civil lawsuit against the singer in the United States on Thursday.. "Even though I'm autistic and live with cerebral palsy, I believe that nothing has affected me more or had a more lasting impact on my life than what Nick Carter did and said to me," she said.

Prince Harry and Meghan made their first visit as a royal couple to the central English city of Nottingham in 2017.. - 'Posh person' - Harry chose Nottingham, home to about 337,000 people, to visit with Meghan because he had visited many times.

A German prince, known for his desire to revive the country's monarchy and rejected by his own family as a "mad old man", has emerged as a central figure in an alleged coup plot.. The prince is "unfortunately a mad old man," the family's current head, Prince Heinrich XIV Reuss, told AFP, adding they had cut ties with him 14 years earlier.

A Moroccan man sentenced to life in prison for an attempted terror attack on a Paris-bound train in 2015 that was foiled by passengers, had his appeal rejected Thursday by a French court.. Three suspected accomplices of Khazzani and Abaaoud, sentenced to prison terms of between seven and 27 years in the original trial, did not appeal their convictions. aje/js/tgb/fg

Celine Dion cancelled and postponed a series of European shows on Thursday over problems related to a "very rare neurological disorder" that is affecting her singing. . "Recently I have been diagnosed with a very rare neurological disorder called 'stiff person syndrome' which affects something like one in a million people," the Canadian diva said.