You are here: Home Environment 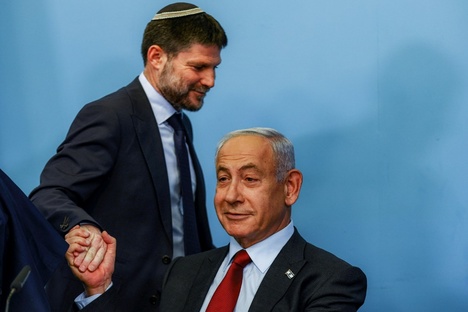 Israeli environmental groups slammed a government move Sunday to scrap a tax on single-use tableware that aimed to reduce pollution from disposable plastic products.. "The decision is trying to take us backwards as the world is moving in the direction of reducing the use of disposables," its chief executive Mor Gilboa told AFP. The tax, introduced by the previous government under centrist premier Yair Lapid, from late 2021 imposed an 11 shekel ($3.20) tax per kilogramme of plastic cups, plates and other tableware.

Coal-rich but energy-starved South Africa will not immediately abandon its fossil-fuelled electricity generating plants as it transitions to cleaner forms of power, President Cyril Ramaphosa said Sunday.. South Africa, one of the world's largest polluters which generates about 80 percent of its electricity through coal, is in the grip of an energy crisis.

A Russian polar research vessel docked in South Africa's Cape Town harbour at the weekend as climate protesters raised fears it could be used to help Moscow explore for minerals in protected Antarctica.. The ship is owned by the Polar Marine Geosurvey Expedition, a subsidiary of the Russian state-owned mineral exploration company RosGeo.

The idea of New York in wintertime conjures up images of Manhattan's Times Square and Central Park shrouded in snow.. Meteorologists define snowfall in NYC as snow that measures at least 0.1 inches in Central Park.

Montrealers shrug off the cold to dance and party at Igloofest

Snow may have been falling on Montreal's Old Port, with temperatures in the bone-chilling category, but that didn't stop the exuberant dancers during the city's first Igloofest after a Covid  pause.. So what, they seemed to say, if temperatures were on the wrong side of zero.

The "love hormone" oxytocin has long been thought key to behaviours including pairing up with a partner and nurturing offspring, but a new study in prairie voles is raising doubts.. Prairie voles are one of the few mammals that mate for life, and are often used to study social behaviours like pair-forming in animals.

French prosecutors said on Friday they would investigate the appearance of vast quantities of tiny toxic plastic pellets along the Atlantic coast that endanger marine life and the human food chain.. Fish and birds often mistake them for food and, once ingested, the tiny granules can make their way into the diet of humans.

Territories in Brazil's fragmented Atlantic Forest where Indigenous peoples enjoy secure land rights have seen measurably less deforestation than similar areas in which land tenure is weak or non-existent, researchers reported Thursday.. "Indigenous lands with tenure showed a reduction in deforestation and increase in reforestation compared to lands that didn't have secure legal rights," said Benzeev, writing from Brazil's Atlantic Forest, where she is sharing her findings with Indigenous leaders.

One third of Amazon 'degraded' by human activity, drought: study

More than one third of the Amazon rainforest may have been degraded by human activity and drought, researchers said Thursday, and action is needed to protect the critically important ecosystem.. In a separate study published in Science of the human impacts on the Amazon, researchers from the University of Louisiana Lafayette and elsewhere called for action.