Ludos Protocol is a blockchain infrastructure designed to solve latent problems in the gaming industry.

Tokyo, Japan -- Ludos Protocol is a blockchain infrastructure designed to solve latent problems in the gaming industry. The creation of a decentralized economy for the gaming industry is a step toward new possibilities for gamers, developers, and investors alike.
It is no mistake that Japanese conglomerate Softbank has chosen Ludos Protocol for its third-ever blockchain investment, after previously engaging with Ripple and Project Pai. The firm is placing bets on a decentralized gaming economy knowing it to be the perfect use case for a $200 billion industry.

Softbank’s track record with software companies could prove instrumental to the adoption of a decentralized gaming economy. Other high profile backers, such as Du Capital, have also thrown their weight behind Ludos Protocol and embraced the gaming industry’s increasing pivot to blockchain.

A key differentiator investors have taken note of is that Ludos Protocol addresses the scalability issues that have hindered previous blockchain-based games, such as CryptoKitties. It has developed a hybrid of mainchain and multi-sidechain architecture where each blockchain game owns an isolated sidechain capable of handling a high volume of transactions per second. This minimizes dependence on the mainchain and even the most demanding games can be run without affecting performance of other games on the network.

More so, Ludos Protocol makes the best use of blockchain technologies to introduce a business model that bypasses centralized game operators. It enables gamers and developers to connect directly, opening new possibilities for gaming communities to interact, iterate existing games, and crowdfund new ones. Any creator can announce game projects on the Ludos Protocol, initiate ICO, raise early development funds, and ensure user participation from an early stage. This is done through a DAICO model that brings much-needed accountability to the space.

These same developers count on a comprehensive toolbox for integrating across all major platforms, including Android and iOS. The team at Ludo Protocol states that blockchain game developers will be provided with friendly APIs and SDKs enabling them to focus on developing core logic instead of infrastructure-level issues.

“We want to create opportunities and value for gamers that haven’t been possible under a centralized gaming model,” says Ludos Protocol’s co-founder Tai Jin. “Previously, if you were good in one game, your achievements, in-game assets, and currencies would remain within that game. With Ludos Protocol we are actively working to enable gamers to transfer their assets onto another game within the ecosystem or to use it in real life.  We have partnered with FullPay Japan to allow LUD token holders to make purchases across a wide range of stores. Beyond that will be an NFT exchange system for swapping and selling digital assets to other gamers.”

About Ludos Protocol
Ludos Protocol is a purpose-built blockchain infrastructure project for the gaming community. As only the third blockchain project to be backed by Japanese investment giant Softbank, Ludos addresses numerous shortcomings in the existing gaming landscape.

Its main chain + multi-sidechain shard-based architecture allows games to run entirely on their own blockchain, preventing scalability issues that have plagued previous blockchain-based games. Additionally, the Protocol seeks to create a gamer-friendly ecosystem whereby game developers and gamers can come together to easily crowdfund and build on the platform.

The use of non-fungible tokens (NFT’s) within the ecosystem will allow gamers to swap assets in one game for assets in another. Finally, through the partnership with FullPay Japan, Ludos will give gamers the chance to use LUD tokens that are earned in-game to shop and buy at a range of retail stores in Japan and later across the globe. 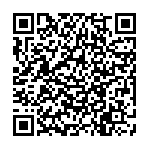