Camfil US Air Filters discusses findings of a recent study suggesting that exposure to poor outdoor and indoor air quality makes people unhappy and how HVAC air filters can help.

Riverdale, NJ / June 26, 2019 / -- Traditionally, a country’s gross domestic product (GDP) has been the measure of a nation’s well-being and progress. It’s the key performance indicator when assessing the financial health of a country—the higher the GDP, the better off its citizens were or so conventional wisdom would have us believe. But a look back at our history clearly shows that a strong economy is not always accompanied by individual happiness.

For one, your environment may have a lot to do with how happy you are. According to a joint study conducted by a team of researchers from MIT and the University of Beijing in China, there is a direct link between the amount of particulate matter in the atmosphere and happiness. If proven, this would mean that high efficiency air filters don’t just help you breathe easier, they also help you stay happier.

The study is particularly important for a city like Beijing, which has long struggled with high pollution levels despite China’s economic boom over the last few decades. Indeed, things have gotten so bad that one study by researchers at Chinese Hong Kong University found that the country’s air pollution is the culprit of more than 1 million premature deaths every year. The economic cost of global air pollution is also massive: $38 billion each year.

Poor Outdoor and Indoor Air Quality the Direct Cause of Unhappiness

Unsurprisingly, this air pollution crisis in China has caused tremendous dissatisfaction among the country’s citizens, who find themselves living in conditions with poor outdoor and indoor air quality. This has prompted the Chinese government to engage in some of the most aggressive anti-air pollution campaigns in the world.

But this dissatisfaction may actually be a direct result of air pollution exposure.

The paper, published in the journal Nature Human Behaviour, is the product of the work done by a team of researchers led by Siqi Zheng, the Samuel Tak Lee Associate Professor in MIT’s Department of Urban Studies and Planning and Center for Real Estate, and the Faculty Director of MIT China Future City Lab. Zheng found that higher concentrations of air pollution are linked to a reduction in people’s overall happiness levels.

The study was also co-authored by Jianghao Wang of the Chinese Academy of Sciences, Matthew Kahn of the University of Southern California, Cong Sun of the Shanghai University of Finance and Economics, and Xiaonan Zhang of Tsinghua University in Beijing.

“It’s no secret that exposure to air pollution is dangerous to human health,” says Camfil USA’s Charlie Seyffer, Manager of Marketing & Technical Materials for commercial air filters and 37-year ASHRAE member and active committee participant. “It affects respiratory health, our ability to think, productivity in the office and even our relational and recreational activities with our families.”

This MIT study, however, specifically alludes to the greater impact air pollution has on people’s lives and well-being.

There are many reasons why air pollution makes us unhappy. For starters, we know that air pollution can cause serious inconvenience to our daily routines, requiring us to make changes to our lifestyles. For example, someone from Los Angeles who has grown tired of the smog covering the city may move to a cleaner city, leaving behind family and better economic opportunities. They may also have to spend money on protective equipment such as air filtration systems and spend less time outdoors. Pollution can be so debilitating at times that some people have found the need for individual room air purifiers to address periods of high pollution where they are cognizant of the effect on their health.

Zheng notes that all of these factors come together to give air pollution a major emotional cost. Air pollution disrupts people’s lives. The disruption makes them unhappy. The unhappiness forces them to make irrational decisions, which is Zhang and his team’s area of focus.

In fact, their research shows that on days with high air pollution levels, people have been found to be more likely to engage in risky or impulsive behavior they tend to regret later. This behavior may be the result of short-term anxiety and depression, Zhang explained.

Real-time monitoring was important because traditionally, gauging happiness levels was done through respondent questionnaires, which had the weakness of being limited to a single time instead of the overall feeling of happiness or satisfaction.

The researchers then acquired data on urban air pollution levels, specifically, concentrations of fine particulate matter (PM), or PM2.5—the primary level of air pollutants found in Chinese cities. Because PM2.5 is so small, it can easily reach the smallest alveoli of the lungs, and cross into the bloodstream from there. When this happens, PM can reach the body’s organs, including the brain, kidneys and liver. It should come as no surprise then why PM is linked to health issues ranging from Alzheimer’s disease and diabetes to kidney disease and obesity.

Using a machine-learning algorithm to scour tweets on social media at times when air pollution was particularly bad, the researchers found a clear negative association between air pollution and happiness levels. Perhaps most interesting is how women were found to be more sensitive to air pollution than men.

What Does this Mean for High Efficiency Filtration Systems?

For now, it’s not exactly sure how studies like this are related to solutions like high efficiency filtration systems.  What we do know is that in recent years, there has been an increase in demand for air filtration systems due to concerns about air quality. And this anxiety may be a part of the unhappiness associated with air pollution.

While the MIT study obviously adds to the growing body of literature on the broader effects of air pollution, more research still has to be done to understand the factors causing this unhappiness. Obviously, health is a crucial factor. We can also assume that the off-putting appearance and smell of smog may be another cause of unhappiness. For individuals with existing health conditions or sensitivity to toxic air, the unhappiness associated with air quality is probably greater as well.

“Perhaps air pollution even has a temporary direct impact on the cognitive functions of people,” said Seyffer.

If your concerns about air pollution have prompted you to look for air purification systems or heating, ventilation, and air-conditioning (HVAC) unit air filters, it’s important to be selective about your air filter provider. Look for a trusted air filter manufacturer or distributor with several years of experience in your industry. More often than not, these companies will recommend a specific solution designed for the size of the room requiring filtration, the most common types of pollutants present, and the type of existing ventilation system.

At Camfil USA, we know how important it is to keep the indoor air quality in your home clean and safe to breathe. Talk to our team to learn more about how you can protect your indoor spaces from air pollution. You may also explore our catalog of high efficiency air filters for your home, commercial or industrial buildings to learn more about our air filtration products. 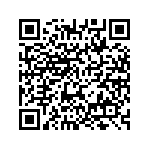