According to new research, the ability of commercial air filtration systems to improve indoor air quality may be the key to improving workplace productivity.

While most people are generally aware of the negative health outcomes of air pollution, what most people don’t know is how air quality also has an effect on the productivity of workers. A study by Alberto Salvo, an associate professor in the economics department at the National University of Singapore, sought to understand the broader impact of air pollution by looking at its economic impact, specifically, how it affects the productivity of an organization’s workforce. The findings suggest that businesses may want to look at emissions control equipment and commercial air filtration solutions as a necessary investment that leads to operational efficiency, rather than a cost to comply with government regulations.

The study, published in the American Economic Journal: Applied Economics, saw researchers monitoring factories in China for more than a year. They also interviewed managers at 12 companies spread across four Chinese provinces and gathered data from two factories in Jiangsu and Henan.

How Impact of Indoor Air Quality on Productivity Was Measured

To measure and evaluate how indoor air quality affected the productivity records of employees during specific shifts, the researchers monitored how many pieces of fabric each worker made (they were paid for every finished piece). The researcher then compared the number of fabric pieces each worker produced per day to their exposure to particulate matter over time.

It’s also worth noting that measuring PM2.5 or fine particulate matter, which refers to particles equal to or less than 2.5 microns, is the standard method of determining air pollution levels.

Coincidentally, pollution levels in the two factories in the study, while varying from day to day, were consistently high throughout the duration of the research period. In fact, PM2.5 levels at one location were seven times over the U.S. Environmental Protection Agency’s (EPAs) safe limit and registered at 85 µg/m3. It was not mentioned if both factories had commercial high efficiency filter air purifiers installed, but given these PM levels, it’s safe to say they did not have any emissions control equipment.

The researchers also found that while daily particulate matter fluctuations were not enough to affect the productivity of the factory workers, they did find a noticeable drop in output when tracking exposure levels versus productivity over a 30-day period. This observation would suggest that HEPA filtration systems and other emissions control equipment show their value over the long term.

The researchers were able to determine that an increase in PM2.5 levels by 10µg/m3 sustained over a 25-day period reduced workplace productivity by one percent. The air pollution was equally harmful to the overall health of workers.

Aside from entering the lungs and crossing into the bloodstream, PM2.5 at high levels may also have a psychological impact on employees, the researchers note.

This study is unique because it’s among the first to look at how air pollution affects workers in an indoor setting, highlighting the importance of air quality control equipment like industrial HEPA air filters. But it complements an earlier study, this time conducted in a California farm, which found that workers picking fruit were six percent less productive when PM2.5 levels increased by 10µg/m3.

When searching for air filtration solutions designed for workspaces, offices and factories, be sure to look only at air filter manufacturers who can provide test reports indicating the filter’s performance on capturing PM2.5 particulate matter.

Although the major concern in these indoor environments is airborne particles, odors and gases can also make workers uncomfortable and affect their short-term or long-term health. Another class of air filters, known as molecular filters,  can also control gases known as bio effluents (i.e. gases produced by human smells) as well as restroom exhaust and gases from attached commercial establishments which are common in large buildings with multiple commercial tenants.

Talk to Camfil USA to learn more about these commercial air filtration systems and how to control your workplace’s indoor air quality. 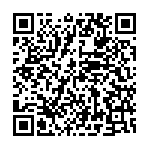