SkillSoniq is disrupting the traditional recruitment space with its AI-driven talent marketplace app aimed at placing “Contract to hire” freelancers.

The traditional recruitment process is broken, and companies are struggling, more than ever, in finding local talent quickly and at affordable rates. SkillSoniq is a tech startup that is using AI to solve this problem and disrupt the way companies hire talent. A few years ago, SkillSoniq’s founder was working on a personal project in New York for which he outsourced some of the work to countries outside the US. During this project, Abby stayed up on most nights managing several freelancers outside the US. Very soon, he found that one of the freelancers quit and had subcontracted the work to another set of contractors, without his know-how. Soon, coordinating project logistics became a nightmare for Abby and he spent thousands of dollars without much outcome. He soon realized that working with remote talent is highly inconvenient and not sustainable.

While looking for better alternatives to hiring local freelancers in the Greater New York Area, Abby found that the recruitment space in the US was broken. There simply was no way for companies to hire local freelancers in their city fairly quickly and at affordable rates. “It is very difficult for businesses in the US to build a team of workers because of this” Abby believes. He realized that Job Portals were focused on providing full-time workers and it took too long to hire someone. Even after hiring someone, you could not be sure that it would work out. Abby believes that “Job-seekers are the best version of themselves during an interview process, and you can’t really tell how good a worker is until they start working with you in the office. As a result, companies waste 30+ days interviewing candidates and hiring someone for a full-time position, only to realize that the new hire does not meet their expectations. They spend a ton of money on reskilling and up-skilling this person or replacing them altogether.”

Other alternatives for hiring talent exist, but with problems – One of them being Staffing agencies or head-hunters that are too expensive and charge 20-25% commissions. “Since Staffing agencies are run by humans, they are not efficient and in fact, charge huge commissions to pay their recruiters,” Abby believes. Then there are freelance websites – While companies like Upwork and Fiverr.com exist for freelancers, their mission is to connect companies with remote freelancers (and not local freelancers) which Abby believes is inconvenient and not sustainable to build a team of workers. He believes that “You simply cannot build a team of workers by hiring someone in another country, in most cases, not knowing who you are dealing with. While these websites may be okay to outsource really short gigs, they are not great if you are looking to build a rockstar team of workers locally.”

SkillSoniq aims to resolve all of these issues with the use of sophisticated technology. “Soniq” refers to the speed of sound, and the mission of SkillSoniq is to provide “Skilled Contract to Hire Freelancers” at the “speed of sound.” The ultimate vision at SkillSoniq is to make hiring freelancers as easy as speaking into “Alexa” and having a freelancer pop up in the office in a few minutes. SkillSoniq was started as a way for companies to use powerful algorithms to hire local freelancers in the same city within 5 business days, and at highly affordable rates. The concept is that as a company, you can hire freelancers in your office and if you love them, you can push a button to “buy” them out or convert them to a “full-time employee.” This simple concept of “Try before you Buy” helps companies hire flexible talent quickly and at low risk, and then confidently offer a full-time role to top-performing freelancers. Today, SkillSoniq is saving 60% time and cost for its clients, who love that they don’t have to pray that a worker turns out to be good after weeks of interviewing. They can simply hire freelancers in their office and work with them anywhere from 5 hrs to 100 hrs a week – If they like them, they extend their project or buy them out, and if they don’t, they find a replacement on SkillSoniq within just a couple of days.

SkillSoniq is making it easy for job-seekers to get a job as well. On most recruiting websites, you upload a resume and apply to hundreds of jobs, to never hear back. On SkillSoniq, job-seekers simply upload a resume, answer a few questions, and if approved, SkillSoniq’s technology automatically applies for local projects where they have the highest chance of success. Shortly after, they start receiving interviews and project offers! SkillSoniq believes that its process will transform the way people work with companies, improve job satisfaction levels and will decrease attrition rates for companies since freelancers get to try out different companies through SkillSoniq, before committing to one.

While most recruiting websites are not personalized to the job-seeker and the employer, SkillSoniq’s technology gets smarter at recognizing hiring preferences of companies, and job preferences of job-seekers, through the use of sophisticated Artificial Intelligence techniques. What enables this is that the entire recruiting cycle right from posting a project, to giving out project offers, to completion of projects, to sharing feedback, happens on SkillSoniq. This allows SkillSoniq to receive data points at multiple phases of a project lifecycle, thereby personalizing its services to both sides of its marketplace. SkillSoniq believes that this level of personalization is what truly differentiates them from the competition, and will be their biggest competitive advantage in times to come.

SkillSoniq launched in the Greater New York Area in early 2019 and currently services companies and freelancers situated in this area. Since launch, the platform has onboarded thousands of skilled freelancers across tech, marketing, sales, finance, design, and many more skill-sets. On the demand side, SkillSoniq has signed up hundreds of companies in New York and has a loyal set of customers who use its app repeatedly. They believe that the freelance space in the US is ripe for massive growth and estimate their addressable market at roughly $30 Billion, just in the US. Studies from the Freelancer’s Union estimate that 57 million workers freelanced in 2019 and that by 2027, more than half of US workers will freelance.

SkillSoniq recently launched its first round of funding, aimed to scale up its sales and improve its product. They have secured 100+ investors and met their minimum goal within just a few weeks of launch. To check them out and invest, please visit www.wefunder.com/skillsoniq. You can also learn more about SkillSoniq at www.skillsoniq.com.

We wish them all the best! 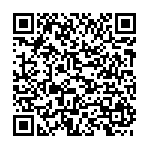 What is General Liability Insurance? by biBERK Business Insurance