In Canada, pharmaceutical companies are stepping up to the plate to create a vaccine for Corona Virus and work is already underway to develop such a vaccine thanks to Prime Minister Trudeau's efforts.

According to Meladul Haq Ahmadzai, a Global Health practitioner at the University of Manchester, says "Initially, most government leaders believed Corona Virus was contracted while travelling from abroad – now that thinking changed fast - it can be spread in the community as well from person to person."

Ahmadzai is currently developing a website platform based on real knowledge from the World Health Organization and as well from the Canadian Public Health Agency in order to provide awareness to fellow Canadian citizens on Covid-19. The website may also be used to in alignment with the current efforts of the government to help fight impacts of Coronavirus.

In Canada, Dr. Theresa Tam, Canada's top doctor, said they don't know whether self-isolation works and it will take weeks or even months to find out. For example, Italy appears to report increased cases of Covid-19 infections even during lockdown. It is the first time that governments have shut down companies and government departments worldwide due to a virus.

Ahmadzai further adds, "It should be acknowledged that in order to keep the economy running, government officials can still operate from home without having to close down their offices."

Government leaders like U.S. President Donald Trump have been calling on people to actually self-isolate for 14 days. Meanwhile, in Canada, pharmaceutical companies are also stepping up to the plate to create a vaccine for Corona Virus and work is already underway to develop such a vaccine thanks to Prime Minister Justin Trudeau's efforts.

Ahmadzai concludes, "This push for Corona Virus that is occurring all over the world, including in Canada is something that we haven't heard of before not in theory and certainly not seen in reality."

To learn more about Meladul Haq Ahmadzai, visit his website at www.ahmadzai.ca 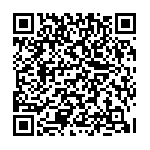 US approves $10 bn sale of Himars rocket launchers to Poland

Do mention the reboot: 'Fawlty Towers' to return