COVID-19 has changed the state of the world and brought us to a grinding halt. What is at the core of the pandemic is the transmission of disease, our living conditions and the design of our cities. This panel examines the future of Smart Cities and how urban design and technology can come together to potentially create cities where disease is detected by Roads, Buildings and our Surroundings.

Panelists will discuss the future of our urban spaces and if they can really be designed to be intelligent enough to detect and control pandemics, disease, outbreaks and more. Attend this leadership panel to learn some of the biggest challenges and opportunities that lie ahead of smart city developments.

The live stream will be broadcast simultaneously on LinkedinLive, YoutubeLIVE and FacebookLIVE.

Dr. Jonathan Reichental is the CEO of Human Future, a global business and technology education, advisory, and investment firm. He is the former Chief Information Officer (CIO) for the City of Palo Alto, and a multiple award-winning technology leader whose 30-year career has spanned both the private and public sectors. In 2017, he was named one of the top 100 CIOs in the world and in 2016 he was named a top influential CIO in the United States. Dr. Reichental is also recognized as a global thought leader on a number of emerging trends including urban innovation and blockchain technology. In 2013 he was recognized as one of the 25 doers, dreamers, and drivers in government in America. He also won a best CIO in Silicon Valley award and a national IT leadership prize. His innovative work in government has also been recognized by the White House. Dr. Reichental is an adjunct professor at several universities including UC Berkeley and the University of San Francisco. He is a popular writer and online host, producing several highly successful online courses with LinkedIn Learning. He co-authored The Apps Challenge Playbook and he is a frequent public speaker on a wide range of technology and business-related topics. He co-hosts the popular podcast, Drinking Wine Talking Tech. He is currently working on his latest book about Smart Cities for Wiley & Co. (release date: Summer 2020). Visit Profile

Christos Cabolis is the Chief Economist and Head of Operations at the IMD World Competitiveness Center.

He joined IMD from ALBA Graduate Business School at The American College of Greece where he was an Associate Professor of Economics and Finance. Prior to ALBA he was the Executive Director of the International Center for Finance at Yale School of Management. From 1997- 2002 he was a lecturer of Economics at Yale University where he also served as the Dean of Jonathan Edwards College. Christos has also taught at the University of California at Santa Barbara and at the University of North Carolina’s Kenan-Flagler Business School where he was a Visiting Associate Professor of Finance in 2010-11. His teaching focuses on courses related to Business Economics, Macroeconomics, Corporate Finance, Financial Management and Industrial Organization. A Research Fellow at the International Center for Finance at the Yale School of Management, his research focuses on issues related to mergers, the valuation of changes in corporate governance, as well as measuring market power. Currently he works in topics related to the effects of rating agencies’ valuations, the interplay between competition and specialization in venture capital firms, as well as the optimum size of banks. Christos holds a BA from the University of Athens, an MA from the California State University, Long Beach, and a Ph.D. in Economics from the University of California at Santa Barbara. Visit Profile

Jeremy Prince joined the Sigfox corporate office, headquartered in France, as Chief Strategy Officer in 2018. In this role, he worked closely with Ludovic Le Moan, CEO and co-founder of Sigfox on key initiatives and the company strategy.

Armed with degrees in Political Sciences & Economics and in International Law, Jeremy started his career working for a press group before moving to the Digital world, first Internet, then Mobile. He worked on two major successful IPOs (Index Multimedia & Seloger.com), before joining M6 (one of the main European media groups). He spent 10 years working there, first as CEO of a joint venture in the Digital field, then as Director of all Gaming activities, to finally hold the position of “Secrétaire Général” of an in-house TV production company. After that, he was recruited by Technicolor as the COO of its subsidiary Mikros, before joining Sigfox. Visit Profile

Amsterdam Smart City consists of a public private partnership and an international community. By sharing knowledge and by collaborating we come up with innovative solutions for metropolitan issues of a social, economic and ecological nature. This way we ensure that the Amsterdam Metropolitan Area remains liveable, now and in the years to come. View Profile

Ian Khan is a CNN featured Technology Futurist, 3 times TEDx Speaker, Director of highly acclaimed documentary “Blockchain City", Bestselling author of “7 Axioms of Value Creation”, and contributor to multiple industry publications including McGraw Hill and Forbes. He is also a member of the Forbes Coaches Council, The National Speaker Association, Association of Professional Futurist and the Project Management Institute. Chief Futurist at boutique Future research firm Futuracy, Ian is one of the most widely quoted experts on Blockchain. He is also the creator of the “Future Readiness Score”, a revolutionary methodology to help organizations use a data based scientific approach to profitability and success. He is also an adjunct professor for ESADE, developing technology education curriculum for higher education and executive learners. Visit Profile

About the Leadership Livestreams

The Leadership Livestreams are organised by Ian Khan for public benefit. No selling or personal promotion is allowed on the panel. If you would like to be part of a future panel please email us here.

How to Attend the Event ?

This is a 100% Online event. Register to attend the livestream by visiting https://bit.ly/2VDCqMe

Let us fight against COVID-19 together and stand united as one. Practice Physical Distancing, Unite Socially, Be Safe and Keep others Around you Safe !  Big thanks to #KISSPR for making this Press Release available free of charge. 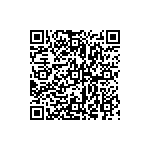 Just in time for back to school, the world’s first kid’s activity book about smart cities is now available