Who Is Responsible When Construction Workers Are Hurt on the Job?

There can be many parties involved on a job site, and each of these parties may bear some responsibility for a construction worker’s injury or death.

Construction work is one of the most dangerous jobs in the country, and workers face serious risks every day. Unfortunately, injuries are common says Jonathan C. Reiter a leading NYC based Construction accident lawyer.

When a worker is hurt on a construction site, the first priority should be seeking medical care as soon as possible. However, it doesn’t take long for bills to start piling up. Additionally, construction workers must worry about missing time from work and dealing with pain from their injuries.

On a large construction site, there can be many parties who bear responsibility for a construction worker’s injuries.

According to the Occupational Safety and Health Administration (OSHA), over 4,300 construction workers were killed at work in 2014. These deaths accounted for over 20 percent of workplace fatalities that year.

The Centers for Disease Control and Prevention (CDC) states that construction workers suffer deadly workplace injuries at a rate three times higher than American workers in other industries.

By nature, construction is a dangerous job. In some cases, workers must do their jobs at extreme heights, where a slip and fall can mean a catastrophic injury or death. Crews must also work with heavy machinery and tools that require electricity, putting them at risk of electrocution. In other cases, they must use chemicals and toxins on the job.

Who Is Liable for Construction Worker Injuries?

Many construction sites in New York City are sprawling job sites with a lot of moving parts. There can be many parties involved on a job site, and each of these parties may bear some responsibility for a construction worker’s injury or death.

If you have been injured on the job as a construction worker, there are steps you can take to help protect your claim. First, you should get medical help for your injuries. It’s important to avoid delays in medical treatment, as an insurance company or other responsible party might try to argue that your injuries were caused by some other type of accident rather than the construction site accident.

You should also gather as much information as you can after your accident. If there’s an opportunity to file an accident report, make sure you follow the proper protocols for making your report. Talk to witnesses and ask them to write down what they observed. If possible, take photos of the accident site as well as your injuries. 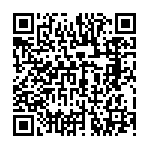 The Most Common Construction Worker Injuries

Who is Responsible for Slip and Fall Accidents? - Legal Reader