The Ian Khan Show hosts contemporary Catalan artist, cyborg, and activist Moon Ribas in a thrilling conversation about the future. Both are contributors to the newly released book "After Shock".

In the latest episode of the “Ian Khan Show”, a weekly business, futurism and leadership series, Futurist Ian Khan interviews critical thinkers, futurists and change makers to help find out what the Future will be like.

In the latest episode featuring Moon Ribas, Ian Khan asks Moon about the future of humanity, being a Cyborg and how to best co-exist with machines. Points discussed also include the post pandemic world, the need for us to understand the universe and her journey and experiences of being able to feel the earths pulse through special sensors in her feet.

Moon Ribas and Ian Khan both are contributors to the recently released book “After Shock”. Co-contributed by the worlds top 50 plus futurists, “After Shock” is a tribute to the late Alvin Toffler, one of the worlds greatest thinkers and futurists to live in the modern era. A global top Futurist, cyborg artist, avant garde dancer, Moon Ribas is a well know trend setter and future thinker.

Viewers can watch the episode featuring Moon Ribas on YouTube or listen to the show on their favourite podcast app including TuneIn, Spotify, Sticher, Apple Podcasts, Google Podcasts.

Moon Ribas is a Catalan avant-garde artist and cyborg activist best known for developing the Seismic Sense, an online seismic sensor once implanted in her feet that allowed her to perceive earthquakes taking place anywhere in the planet through vibrations in real time. In order to share her experience, she then translated her seismic sense on stage. Ribas transposed the earthquakes into either sound, in her piece Seismic Percussion; or dance, in Waiting For Earthquakes. In these performances the Earth is the composer and the choreographer; and Ribas, the interpreter.

Ribas’ seismic sense also allowed her to feel moonquakes, the seismic activity on the Moon. Ribas believes that by extending our senses to perceive outside the planet, we can all become senstronauts. Adding this new sense allowed her to be physically on Earth while her feet felt the Moon, so in a way, she was on Earth and space at the same time.

Since 2007 Moon has been experimenting with the union between technology and her body to explore the boundaries of perception and to experience movement in a deeper way. Some of her previous research includes transdental communication, 360º perception and the Speedborg. In 2010 she co-founded the Cyborg Foundation, an international organisation that aims to help people become cyborgs, defend cyborg rights and promote cyborg art. Ribas also co-founded the Transpecies Society in 2017, an association that gives voice to non-human identities, defends the freedom of self-design and offers the creation of new senses and new organs in community.

Ian Khan is a CNN featured Technology Futurist, 3 times TEDx Speaker, Director of highly acclaimed documentary “Blockchain City", Bestselling author of “7 Axioms of Value Creation”, and contributor to multiple industry publications including McGraw Hill and Forbes. He is also a member of the Forbes Coaches Council, The National Speaker Association, Association of Professional Futurist and the Project Management Institute.

Chief Futurist at boutique Future research firm Futuracy, Ian is one of the most widely quoted experts on Blockchain. He is also the creator of the “Future Readiness Score”, a revolutionary methodology to help organizations use a data based scientific approach to profitability and success.

Ian is author of 8 books, including the Future Ready Organization, The 7 Axioms and a multiple documentary film maker. His films Blockchain City, GX Now and Ai the Next Frontier capture key technological developments and the future. He is also an adjunct professor for ESADE, developing technology education curriculum for higher education and executive learners.

Considered to be one of todays most revolutionary speakers, Ian is a leading authority in change management, technology and future readiness and has spoken on the same platform as President Obama, Amr Diab, Carlos Viveres, Daniel Habif, Bruce Dickinson (Iron Maiden) and others.

After Shock marks the 50-year anniversary of Alvin Toffler’s Future Shock. The compendium of essays comprising this landmark volume will offer insightful reflections on the classic text, as well as present new and remarkable views of the future—through the very unique lenses of our thought-leading contributors’ work and ideas.

In addition, our collaborators include Singularity University, Toffler Associates, as well as the major futurist organizations, including Institute for the Future, Association of Professional Futurists, Institute for Alternative Futures, The Millennium Project, and others.

After Shock features recommendations and thoughts about the Future from the following contributors.

Watch the Interview with Moon Ribas at this link 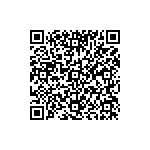