The Latest Updates from Manganese X Energy Corp. With 2020 nearing its end, we are arriving at the marking end of a decade. Every year at this time there are a lot of conversations reflecting and assessing the complete year, this moment will be unique as it will mean reviewing the previous ten years. One of the most talked-about topics is the environment and its condition and the probability that we are heading towards a catastrophic situation. The environmental depletion of resources is crossing all borders and boundaries. Large corporations and industries are often blamed for it. There is a general consensus within the scientific community that if big business continues to ignore the plea to protect the environment over the pressure to maintain an ever increasing rate of profits to deliver shareholder dividends, then everyone will be in for a rough go.

However, amidst the chaos, this decade has witnessed many corporations taking initiatives that favor mother nature. Be it a small or a major change, there are organizations and entrepreneurs who have consciously switched to processes that are either neutral or do no harm to the environment. Manganese X Energy Corp is one such company, that is both socially and environmentally responsible..

Manganese X Energy and it’s future mining projects are positioned to extract Manganese for the manufacturing of Nickel Manganese Lithium-Ion batteries that will soon become Cobalt free. The company differentiates itself from other companies by introducing a key element in the lithium-ion battery manufacturing process - Extremely high quality percentage of Manganese Sulfate MnSO4 (which is the precursor to the cathode). Unlike other miners, it’s metallurgical studies of it’s Battery Hill, New Brunswick deposit, that has achieved a rating of 99.95% MnSO4 with an extremely low contaminant level. Making the manufacture of all future electric vehicle (EV) lithium Manganese batteries and backup storage energy units from it’s Battery Hill NB deposit more safe, efficient and environmentally friendly, thus placing safety before profits. Find out more about the company, the industry, its values, and latest updates.

Manganese X Energy Corp is a Canadian mining company that has a fixed goal with an intent of supplying a secure and ethically sourced Manganese Sulfate. The company founders were recently asked why it chose to become a future leader in the sourcing of Manganese, their answer was simple and straightforward. “We are unequivocally convinced of the potential that lies within this silvery red and gray mineral, we call Electric Gold.” Manganese is emerging as the driving force for all future and widespread adoption for renewable clean energy in EV, hybrid electric vehicles and backup power storage energy units. Manganese will also bring a breakthrough initiative for all industries that manufacture rechargeable batteries in consumer electronics, electric and hybrid electric vehicles. Manganese will become the central component for the development and rollouts of the Nickel and Manganese Lithium-ion battery providing an efficient and economical rechargeable battery for many and potentially all future consumer electronics.

Manganese is poised to be one of the primary elements important in shifting the direction of those involved in manufacturing all new battery systems necessary in storing electricity harvested from clean energy produced from solar, wind, and tidal systems. Manganese will become the catalyst for all new Lithium-ion batteries and future backup energy storage products. The increased percentage of Manganese in the Nickel Manganese lithium-ion has recently had a development breakthrough, by removing the tab. These experiments were performed in a Tesla lab environment by Tesla researchers, “these new tabless cells, which Tesla is calling 4860 cells, will give the company’s EV batteries five times more energy capacity, make them six times more powerful, and enable a 16 percent range increase for Tesla’s vehicles.” “While these batteries are 2-3 years away from being manufactured, the future looks very promising as the combination of significantly increased Manganese with Nickel, the elimination of Cobalt, thus improving the density of the battery, will potentially make future Nickel Manganese Lithium-ion EV batteries far more efficient and cost effective. This will be achieved by increasing Manganese's previous composition considerably from 10 to 33.3%,” says Martin Kepman.

Manganese X Energy has assembled some of the brightest minds on a team contributing their efforts towards a widespread global clean energy initiative. The best part of the leadership’s vision is it stands against pollution, climate change, and environmental depletion. Its mission is to drive its target audience towards the global adoption of clean renewable energy.

The company continues to be on track managing its Manganese-rich deposits near Woodstock New Brunswick, the Battery Hill Project. It has been reported to be hosting a series of banded iron formations that collectively constitute one of the largest Manganese resources in North America.

Excerpts Straight from the Industry

The industry demand for a new Manganese rich battery has been elevated, not by chance, but out of necessity. The many important benefits of Manganese as a raw material is that it can be extracted ethically, it can withstand high temperatures and with Manganese trading at a value of $1700 dollars per ton compared to Cobalt at $32000 dollars a ton, it makes Manganese today the only alternative option for these new and cost efficient batteries, digging a grave for the Nickel Manganese Cobalt Lithium-ion battery. Cobalt free Manganese batteries are an enlightened choice for the environment. So at less than one tenth the cost of Cobalt, along with the unethical sourcing that surrounds the mining of Cobalt in West Africa, Nickel Manganese Lithium-ion batteries, Cobalt free, will become a far more cost efficient and socially responsible solution. With all of the positive factors surrounding Manganese that will come from replacing and supplanting Cobalt, it will become the preferred technology and a more affordable solution available to the backup energy storage, EV and hybrid electric vehicle market.

It’s truly incredible how rapidly the Manganese industry has increased its speed of growth. Amidst the pandemic, it is expected to reach the global market size at around 21.9 million metric tons. Experts predict a combined annual growth rate (CAGR) of 2.9% over the analysis period of 2020-2027, reaching a size of 26.6 million metric tons by the end of this period. Canada, being a mining-friendly country, has the presence of a noteworthy Manganese mining market. It’s expected to grow at a 2.1% CAGR in the next seven years.

Manganese X Energy has directed all its efforts towards priming its existing high potential Manganese mining holdings and getting them ready for future extraction, along with additional sites located in North America, like it’s Lac Aux Bouleaux Quebec with it’s important Graphite deposit. Manganese and Graphite will confirm Manganese X Energy’s commitment to becoming one of the most important suppliers of value-added materials to the lithium-ion battery and other alternative energy industries. Let’s look at some of the company’s key highlights:

Manganese X Energy is on a quest to become the first North American Company to commercialize Manganese production from a safe, environmentally appropriate resource. If you wish to know more about us, please pay a visit to Manganese X Energy Corp. Virtual holdings are in these days. Manganese X, along with our Manganese mining project are acing it. 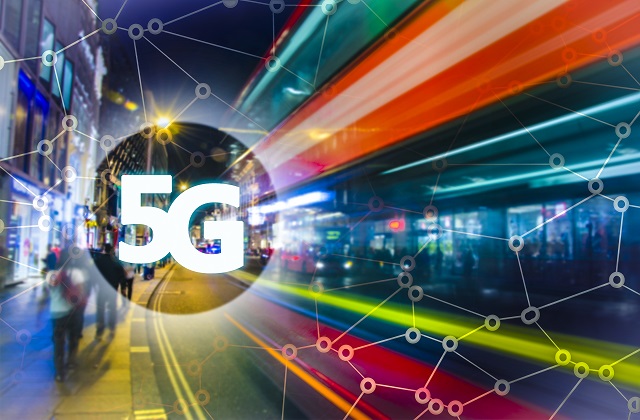 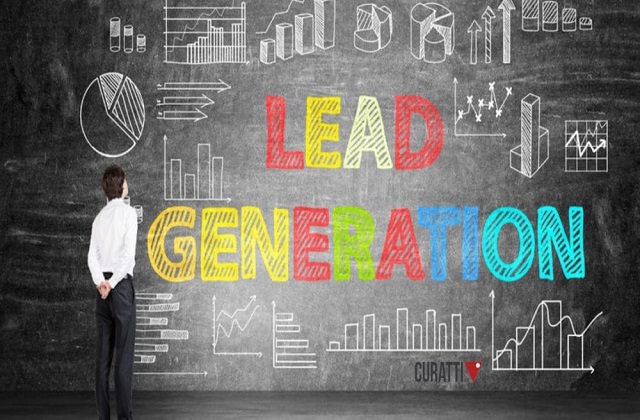 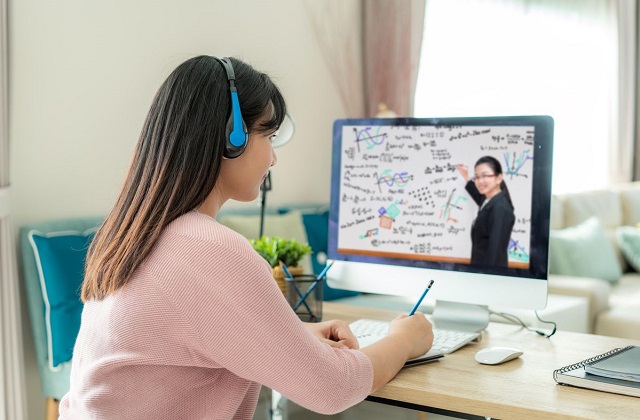 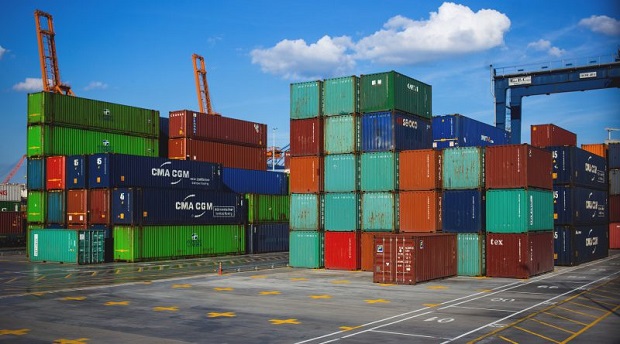 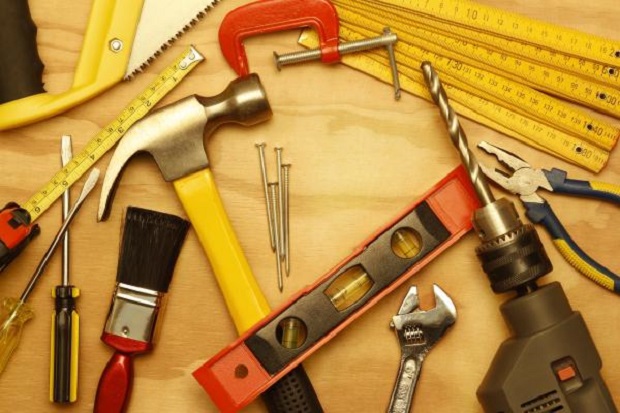