Dallas criminal defense law firm Broden & Mickelsen highlights the steps individuals being investigated for a fraud crime can take to protect their rights.

Dallas, TX - Being investigated for fraud can be a scary experience; however, it can be even scarier when an individual doesn't find out about the investigation until after he or she is arrested.

Federal white-collar criminal investigations encompass a wide variety of alleged crimes, but most involve some allegation of fraud. In such cases, it is important not to simply hire any criminal defense attorney. One should hire a lawyer that specializes in federal criminal defense.

"Even if the agents assure you that you are not a suspect but merely a witness, it is not uncommon for a mere witness to say something that makes them a suspect in the eyes of the Federal investigator," explain Broden & Mickelsen while describing the risk of being interviewed by federal agents without a federal criminal defense attorney.

They pointed out the importance of having a federal criminal defense lawyer during a pre-indictment investigation.

If the defendant is indicted, he or she must make an initial appearance in Federal court. However, there is a chance that he will get arrested if the Federal prosecutor suspects that he or she may attempt to flee the jurisdiction.

Lawyers Broden & Mickelsen explained that a defendant could avoid an arrest if the prosecution doesn't see any reasons to suspect him or her to flee.

During their combined 60 years of experience in federal criminal defense, Clint Broden and Mick Mickelsen have defended people accused of federal fraud crimes in federal court.

Indeed, despite the fact that the federal court's conviction rate is approximately 90-95%, the two partners have won approximately a third of their Federal cases at trial. 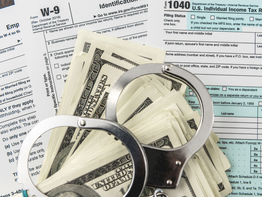 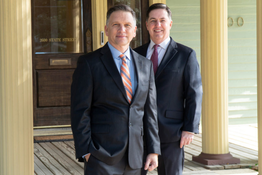