UNICOIN plans to pave the way for capitalism and community to exist together, where earning and giving are part of the same concept, which is abundance. 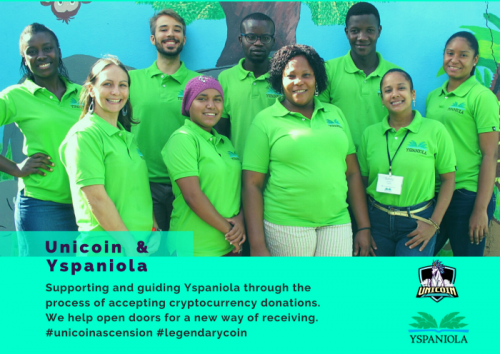 UniCoin’s diverse and imaginative development team came together with a vision to create a cryptocurrency coin whose focus is on transparency, its radiant community and charitable contributions.

UniCoin is the first step on a mythical DeFi journey filled with colour on the upwards trajectory of becoming a successful meme token, all the while supporting those in need.

The long antiquated idea that capitalism and charity/community enrichment were inherently in opposition is now beginning to shift. This was one of the main purposes of creating UniCoin. UniCoin plans to pave the way for both to exist together: capitalism and community; working in a synergistic way to create a world where earning and giving are part of the same concept: abundance.

The more the community grows the more is given back. The goal is to donate to various charities starting off in areas such as Children Charities, Animal Protection, LGBTQ, Environmental Preservation and Access to Clean Water. UniCoin has a vision not only to help but also to encourage and facilitate local charities in accepting crypto donations, further facilitating cryptocurrency adoption on a global scale.

As UniCoin grows so do their responsibilities to the greater good and charities. Moving forward UniCoin will put the chosen charities to the community having token holders pick and choose a charity to donate to.

The UniCoin team is delighted to announce their very first vetted charity, Yspaniola.

Yspaniola is an education-focused charity in the Dominican Republic. Their project is founded on the principle that all children deserve access to quality education. With a solid educational foundation, children gain tools and confidence that pave the way for them to shape their own future. Knowledge is power and knowledge empowers.

All funds raised by Yspaniola support their education programs: from preschool classes that give kids the best possible start to their educational journey, to full university scholarships for talented students whose families lack the resources necessary to help them achieve their dream of a university degree.

The concept of giving does not end there. Sharing is the very precept that UniCoin is based on. 5% of all transaction fees go back into the UniCoin community, with wallet holders receiving rewards simply for holding UniCoin.

Currently, 44.58 Binance coins have been raised for charity, which is equivalent to over $13,000. This amount will be donated in batches of 10 UniCoin per vetted charity.

Access to all community and charity wallets is available through the UniCoin website, for the sake of transparency, which the project and the team fundamentally believe in.

Another factor that makes the UniCoin project different is the fact that the team is public, they are not hiding behind the commonly found anonymity that the cryptocurrency space tends to support/offer. All team members are visible on their website and can be contacted in numerous ways.

The UniCoin token not only offers a compassionate and charitable aspect but is also backed by strong tokenomics with a built-in burn mechanism. This automatic burn mechanism ensures that the total supply of the UniCoin token is always reducing, limiting the supply further, which will ultimately increase the price of the token as the project matures.

UniCoin is a recently launched project and is currently awaiting listing on CoinMarketCap and CoinGecko and has already been listed on a centralised exchange. The UniCoin team is expecting a significant price increase as listing are approved and marketing efforts begin.

*This article is not to be considered financial advice. Defi and Cryptocurrency projects are highly volatile investments and your capital is at risk. Always do your own research before making any investment. 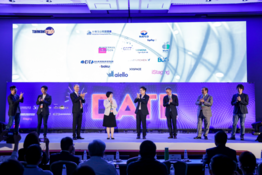 Covid-19 international effects on the economy