This year has seen two of the biggest advancements in drone regulations in the U.S. since June 2016, when 14 CFR Part 107 was introduced.

This year has seen two of the biggest advancements in drone regulations in the U.S. since June 2016, when 14 CFR Part 107 was introduced. While the Federal Aviation Administration (FAA) has issued numerous waivers for flights that go beyond the scope of Part 107, as it is colloquially referred to, there have been no widespread changes to the rules for almost five years, despite pressure from those seeking to maximize the opportunity of drone technology.

Authorization for Night Flights and More

The first change, implemented in April 2021, saw rules published that allow widespread use of small Unmanned Aircraft Systems (sUAS) at night, in addition to incremental advancements in other areas. To qualify for night flights, drones are required to be fitted with and utilize certain anti-collision lighting, and the operator must complete a specific knowledge test, in addition to following the existing regulatory framework.

Other changes released in April included a loosening of rules for flights over moving vehicles and the ability for operators to take a recurrent test online. More information on the specific changes can be found here.

Perhaps the most significant change relates to the loosening of rules in relation to flights over people. The risk-based approach taken by the FAA indicates three things that might impact future rulemaking. Firstly, there is a pathway to permitting flights with a higher risk factor. Additionally, to perform such flights, operators will need to prove a higher standard of safety and finally, the process for permitting further expansion of the rules will likely be slow and measured.

To understand the limited way in which the rules have been relaxed, even the lowest-risk flights over people (those not involving sustained flight over open-air assemblies) are limited to aircraft with a maximum weight of 0.55lbs (think of two sticks of butter). Not only that, but they must also be restricted to drones without any exposed moving parts and with all rotors protected.

The second significant change in 2021 is the impending requirement for all commercial drones to be equipped for remote identification (Remote ID). While details can be found here, the essence of the regulation is that every drone operated away from an FAA-recognized identification area (FRIA), such as schools and model aircraft fields, will be required to broadcast its position and that of the ground station. Existing drones must be retrofitted by September 2023, while all new units sold in the U.S. will be required to be equipped as soon as September 2022.

This rule has faced some significant challenges, notably related to privacy concerns. That said, it also creates a potentially awkward situation for insurers who will have to be careful to properly assess aircraft values as the rule nears implementation. It remains to be seen how easy and inexpensive retrofits will be, but most anticipate replacement will be the better option for most low-cost units, especially as other technological industry developments render even the most recent models obsolete.

Change at a Gradual Pace

To some, these new rules represent a glacially slow approach by the FAA to expanding drone regulations. However, without certifying individual aircraft types (a process that would completely stifle the industry), regulators are forced to restrict the operational parameters to maintain safety criteria.

While it is perhaps no surprise that regulators are taking a measured approach to drone operations, those companies looking to use unmanned aircraft for flights Beyond Visual Line of Sight (BVLOS) are particularly concerned with the pace of change.

Flights beyond visual line of sight are seen by many as the way to fully use the technology and be able to realize the economic upside of operating drones. Being able to fly miles of powerline inspection in a single flight is considered a far more viable proposition, both for the infrastructure owner and the drone operator. The same can be said for agriculture and many other applications, including drone delivery, a sector that could suffer from a particularly long approval process.

There is no doubt that the ARC will be able to meet its objectives in a timely manner, despite the 32-month duration it has been allowed. The question will be how quickly the FAA is able to move once it receives the ARC’s recommendations. A Notice for Proposed Rule Making (NPRM) will no doubt follow, followed by a period of public consultation. What is likely to follow is the same stepped approach to rulemaking seen in the rules for flights over people.

For many, the pace of regulation, amongst other factors, has already forced them to shutter their businesses. Those looking to expand their operations beyond the scope of Part 107 with any consistency should prepare for the long haul. After all, the FAA’s mission of providing the safest aerospace system in the world is unlikely to be disrupted as they follow a risk-based approach to regulation.

About Global Aerospace
Global Aerospace is a leading provider of aircraft insurance and risk management solutions for the aviation and aerospace industries. Our over 95 years of aviation insurance experience enable us to develop customized insurance programs structured around the needs of our clients. Recognized for our industry leading customer service, we serve as a trusted partner to a diverse range of aviation businesses and their insurance producers. https://www.global-aero.com/ 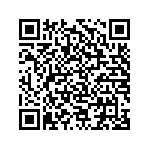