CLEVELAND — Air rage has unfortunately become ‘all the rage’ now a days and flight attendants have been the brunt of it all.

Taylor Garland works for the Association of Flight Attendants representing more than 20,000 workers including some Cleveland based flight attendants.

“Flight attendants who’ve been flying for 30-plus years tell me it is the worst they’ve ever seen it [air rage], and its hard knowing you’ll come to work and might end up in a confrontation," Garland said.

Of the nearly 4,000 unruly passenger reports this year, more than 2,900 of them involve masks according to the Federal Aviation Administration.

“Unfortunately even though [wearing masks] is a public health measure, it has become political,” said Garland. “Having to constantly remind adults is really dragging on flight attendants."

Garland said the FAA is sending a letter to airports asking them to crack down on alcohol to-go in bars and restaurants.

The letter said in part, “Our investigation shows that alcohol often contributes to unsafe behavior.”

It is reckless behavior that’s driving more flight attendants to crew member self defense classes, according to Garland, which have become much more popular.

“What we’re seeing across the country is flight attendants are... 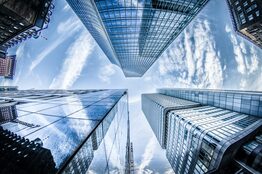