Theranos founder's fraud trial to begin in US - Yahoo! Voices

Theranos founder's fraud trial to begin in US Elizabeth Holmes was worth an estimated $3.6 billion in 2014, according to Forbes (AFP/Andrew Burton) A female entrepreneur whose multi-billion dollar start-up looked set to revolutionize medical testing, before it crashed and burned in a blaze of fraud claims, goes on trial next month. When she launched the diagnostics company Theranos in 2003, at the age of just 19, the charismatic Elizabeth Holmes promised results that were faster and cheaper than traditional laboratories, running an analytical gamut on just a few drops of blood. Political grandees like Henry Kissinger and James Mattis were drawn to the company's board; media mogul Rupert Murdoch invested his cash in what seemed to be a sure-fire winner. Holmes was lauded as a visionary, drawing comparisons with Apple founder Steve Jobs. But years of hype, and billions of dollars later, those promises unspooled; the miracle machines did not work. And, say prosecutors, Holmes knew it, yet continued to lie to investors, doctors and patients so she could raise more than $700 million. At her long delayed trial, which begins in September in San Jose, California, Holmes faces nine charges of wire fraud and two of conspiracy to commit wire fraud that could see her jailed for up to 20 years. "In terms of how much money the government has alleged has been lost, this case is actually not the biggest health care fraud case in the past year. There are many larger health care fraud cases than the Theranos trial," says Jason Mehta, a lawyer and former prosecutor specializing in health care fraud. "But in terms of media attention and scrutiny, it certainly ranks right up there as one of the bigger cases in the past decade." - 'Real patient harm' - Jurors, who will be selected from Tuesday, could hear from former board members like Kissinger and Mattis, as well as from Murdoch. But they may also hear from patients who were victims of the faulty tests, and received misdiagnoses of cancer, HIV or pregnancy. Holmes' lawyers may want to avoid such testimony, but for Mehta, their experiences are key to understanding what happened. 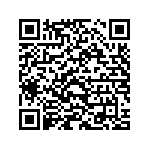 Ghana braces as Sahel war spills into Gulf of Guinea