Want the best of VICE News straight to your inbox? Sign up here. Nearly two decades after Elizabeth Holmes dropped out of Stanford University on a promise to revolutionize health care, the onetime girlboss is standing trial in California over accusations that her company, Theranos, was built on fraud. Jury selection starts Tuesday in Holmes’ San Jose trial, as the founder of the blood-testing startup faces 12 charges, including 10 counts of wire fraud and two of conspiracy to commit wire fraud. The trial, expected to last months, has been long delayed thanks to the coronavirus pandemic and the birth of Holmes’ first child. It’s also the culmination of a startling fall from grace: After Holmes left Stanford at 19, she was hailed as a visionary for Theranos’ purported development of technology that could run a range of laboratory tests using just a few drops of blood. Holmes’ net worth numbered in the billions and she graced magazine covers wearing a Steve Jobs-ian black turtleneck. Esteemed men like Henry Kissinger and James Mattis served on Theranos’ board. Then, in 2015, reporting by the Wall Street Journal started casting doubt on whether Theranos’ technology really worked as well as the company claimed. In 2016, Forbes dropped its valuation of Holmes’ fortune from $4.5 billion to nothing. In 2018, the Securities and Exchange Commission charged Holmes and Theranos’ former President Ramesh "Sunny" Balwani—who was, for a time, romantically involved with Holmes—with... 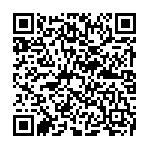