New court filings include explosive allegations made by disgraced Theranos founder Elizabeth Holmes against the company’s former president, Ramesh “Sunny” Balwani, with whom she was in a long-term relationship. The claims include a wide range of physical and emotional abuse, and may form part of Holmes’ defense in her upcoming fraud trial. The newly unsealed documents also suggest the former Theranos CEO accused Balwani of sexual abuse. Holmes has considered testifying that Balwani “controlled what she ate, how she dressed, how much money she could spend, [and] who she could interact with,” effectively controlling her and “erasing her capacity to make decisions,” according to documents filed by his attorneys. The controlling behavior allegedly included monitoring her texts, calls, and emails, “throwing hard, sharp objects at her; restricting her sleep, monitoring her movements” and taking credit for any success Holmes achieved. When Balwani grew unhappy with Holmes’ behavior, he allegedly “withdrew affection.” The behavior formed part of a “decade-long” cycle of abuse, filings said, which left her with post-traumatic stress, depression, and anxiety. Insider previously reported on the allegations. In his own filings published during the winter of 2020, attorneys for Balwani vehemently denied the accusations, calling them “deeply offensive...devastating personally to him, and highly and unfairly prejudicial to his defense.” Prosecutors also sought to limit certain... 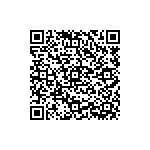