Elizabeth Holmes, founder and former CEO of Theranos, goes on trial on allegations of defrauding investors and patients.
Holmes is facing 10 counts of wire fraud and two counts of conspiracy. She pleaded not guilty.
Theranos was once valued at $9 billion.
Investors dumped more than $700 million in the now defunct start-up.
Jury selection begins on Tuesday in San Jose federal court.
Nearly a decade ago, Elizabeth Holmes was proclaimed the golden girl of Silicon Valley, and briefly crowned America's youngest female self-made billionaire.
This week, she'll walk into a San Jose federal courthouse with a very different image: a defendant charged with fraud.
Federal prosecutors in the Northern District of California have accused Holmes and Ramesh "Sunny" Balwani, former Theranos president and for a time her romantic partner, of defrauding investors and patients. They each face two counts of conspiracy to commit wire fraud and 10 counts of wire fraud. Holmes, 37, and Balwani, 56, who will be tried separately, pleaded not guilty.
No compatible source was found for this media.
Jury selection in Holmes' trial will begin Tuesday and is expected to take at least two days, a process that typically takes less than a day in lower-profile cases. Opening statements are scheduled for Sept. 8 and the trial is expected to last 13 weeks.
If convicted, Holmes could face 20 years in prison. Prosecutors say Holmes not only swindled investors of hundreds of millions of dollars, but she also put... 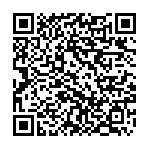