Elizabeth Holmes, founder and former chief executive officer of Theranos Inc., right, exits U.S. federal court in San Jose, in May. [Bloomberg / Bloomberg via Getty Images] Jury selection in the criminal fraud trial of Elizabeth Holmes starts on Tuesday, the beginning of a highly-anticipated legal showdown over one of the most spectacular Silicon Valley scandals in recent history. Federal prosecutors have charged Holmes and her former business partner and ex-boyfriend, Ramesh "Sunny" Balwani, with defrauding investors and patients of their blood-testing company Theranos, which Holmes and Balwani claimed would revolutionize laboratory medicine. Patients who were wrongly diagnosed by Theranos tests are set to testify against Holmes. Some had been told they were HIV positive. Another, who was pregnant at the time, was incorrectly told she had miscarried her baby. After the jury is chosen, opening arguments are slated to start on Sept. 8. The trial in San Jose, Calif. is expected to stretch on for four months. In court documents unsealed Saturday, and first reported by NPR, Holmes' legal team said she is highly likely to take the witness stand and accuse Balwani of manipulating and abusing her to such a degree that it affected her state of mind during the time of the alleged fraud. Both she and Balwani, who will be tried separately next year, have pleaded not guilty. If convicted, each faces a prison sentence of up to 20 years. Holmes, who has since married the heir to a... 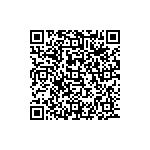