Elizabeth Holmes Theranos trial: When, where, what to know - Fast Company

Half of Silicon Valley is already salting popcorn in anticipation of the Elizabeth Holmes fraud trial, better known as the death throes of one-time blood-test giant Theranos. Here’s what you need to know about the trial, the players, and what’s at stake: When does it start? Jury selection starts tomorrow in U.S. District Court in San Jose and is expected to last two to three days. Opening arguments are expected to begin on September 8. Judge Edward Davila is presiding. What are the trial details? Holmes, the former CEO, is charged with conspiracy and wire fraud. If convicted, she could spend as many as 20 years in prison and face a $250,000 fine, plus restitution for each count of wire fraud and and each count of conspiracy. The allegations are that the company promoted blood-testing technology it knew to be returning inaccurate or unreliable results, and misrepresented itself to its bold-name investors. (Her ex-business partner and ex-boyfriend, Ramesh “Sunny” Balwani, faces the same charges, but his trial is slated to start in early 2022.) The Holmes trial in federal court could last as long as four months. Why is there so much interest in this case? Both the Palo Alto, California-based company and Holmes herself were once media darlings. It was a success story, starring red-hot biotech and a female founder, who took a page out of Steve Jobs’s fashion manual and spoke in a deep voice. Deals were cut with large companies, such as Walgreens, and Holmes was the toast of... 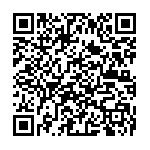