The trial of Elizabeth Holmes gets under way - The Economist

The former boss of a notorious failed health-care startup could face jail A CROWD of reporters and Hollywood types, drawn by the drama and glamour of the event, are likely to jostle to find a seat in a courtroom in San Jose on August 31st for what may be the next, perilous act for a woman once touted as the next Steve Jobs and the world’s youngest self-made female billionaire. Jury selection will begin for the fraud trial of Elizabeth Holmes, the former chief executive of Theranos, a startup which attempted to revolutionise the process of blood testing but failed spectacularly in 2016 after the press and regulators probed the company’s inflated claims. These sorts of cases usually hinge on subtle distinctions between exaggeration and outright deceit and whether such deceit was intentional. But the legal intricacies may take second place to theatrics. Will Ms Holmes take the stand in her own defence, a move fraught with risk under the spotlight of cross-examination? Will she claim “coercive control” by her second-in-command at Theranos, Ramesh “Sunny” Balwani, with whom she had an “abusive intimate-partner relationship”, according to a filing by Ms Holmes’s lawyer ordered for release by a judge on August 26th? Mr Balwani will be tried separately in January; he has denied Ms Holmes’s claims. 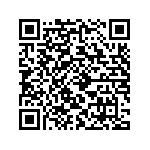