Theranos scandal: Who is Elizabeth Holmes and why is she on trial? - BBC News

Getty Images She was "the world's youngest self-made female billionaire" trumpeted Forbes magazine. The "next Steve Jobs", said Inc., another business magazine that put her on the cover. In 2014, Elizabeth Holmes, then 30 years old, was on top of the world. A Stanford University drop-out, she had founded a company valued at $9bn (6.5bn) for supposedly bringing about a revolution in diagnosing disease. With a few drops of blood, Theranos promised that its Edison test could detect conditions such as cancer and diabetes quickly without the hassle of needles. Bigwigs from Henry Kissinger to Rupert Murdoch invested. But by 2015, the seams were coming apart, and within a year, Ms Holmes was exposed as a fake. The technology she touted didn't work at all, and by 2018 the company she founded had collapsed. Drew Angerer Media tycoon Rupert Murdoch lost 120m he had invested in Theranos Ms Holmes, now 37, faces up to 20 years in prison if found guilty of the 12 charges of fraud against her. She has never previously told her side of the story. Her trial which begins next month, US v Elizabeth Holmes, et al, will be closely watched and she is expected to plead not guilty. And in a twist, it emerged this weekend that her lawyers will argue that her ex-boyfriend and business partner, Manesh "Sunny" Balwani, sexually abused and emotionally controlled her at the time of the alleged crimes, impairing her mental state. Mr Balwani, 56, who faces the same fraud charges, called the claims... 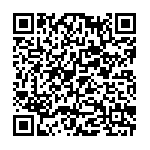